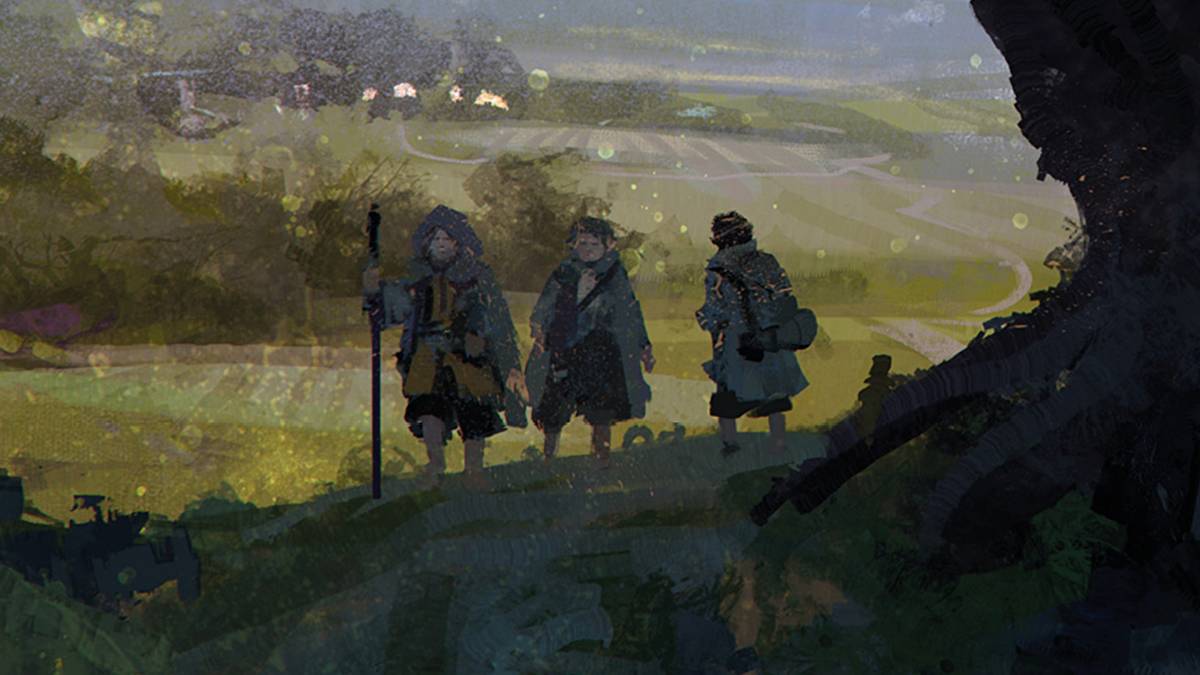 With Peter Jackson’s film trilogy having celebrated its 20 year anniversary recently and with Amazon poised to launch its new The Rings of Power TV show later this year, J.R.R. Tolkien’s epic fantasy world still continues to be as resonant and relevant in 2022 as it ever has been. And now we have the launch of the new edition of Free League’s award-winning tabletop RPG, The One Ring, to add to the list, too.

Set to arrive on March 22, the second edition of The One Ring RPG was designed by Francesco Nepitello and Marco Maggi, and brought to us by the acclaimed publisher behind Alien: The Roleplaying Game and Tales From the Loop. Not only was The One Ring one of the most successful tabletop roleplaying games to ever hit Kickstarter last year (it raised well over an eye-watering $2 million), but it was also well-received by critics as well.

Set shortly after Bilbo Baggins’ quest in The Hobbit and just before the events of The Lord of the Rings, The One Ring RPG places players in the shoes of famous characters from the lore of J.R.R. Tolkien’s fantasy world, like Frodo’s father, Drogo Baggins, or Merry’s grandfather, Rory Brandybuck.

In essence, players will embark on a quest to find clues and uncover the mystery behind the Dark Lord, and give players an opportunity to play a pivotal role in the battle against Sauron and his nefarious plans.

For more information about The One Ring RPG, here’s an official video from last year, and a general overview courtesy of a press release we received from Free League:

The One Ring™ roleplaying game is based on The Hobbit™ and The Lord of the Rings™, two extraordinary works of fiction by the beloved author and respected academic, John Ronald Reuel Tolkien. With these books, Tolkien introduced readers to his greatest creation, the world of Middle-earth, a mythic land from a remote past.

With The One Ring™, Middle-earth is yours to explore — you will travel the land searching for clues about the return of the Shadow, and have the chance to play a part in the struggle against the Enemy…

First released in 2011, the games award-winning design was hailed as the best attempt at bringing Middle-earth to the gaming table to date. Now the time has come for the game to enter a new era and bring players further into the Twilight of the Third Age.

The year 2965 of the Third Age and the Shadow is returning. Rumors of strange things happening outside the borders of civilized lands are spreading and they sometimes reach the ears of individuals who recognize the sinister truth they hide. You are part of such a company of heroes seeking adventure. Restless warriors, curious scholars and wanderers, eager to seek what was lost or explore what was forgotten.

Together, you are entering the Lone-lands of Eriador. It is here that the One Ring lies, a seed of the past that will one day lead the world to open war against the returning Shadow. The Enemy is moving, and smoke issues once more from Mount Doom, in the land of Mordor…

If you’re interested in pre-ordering the second edition of The One Ring tabletop RPG, you can do so through here.