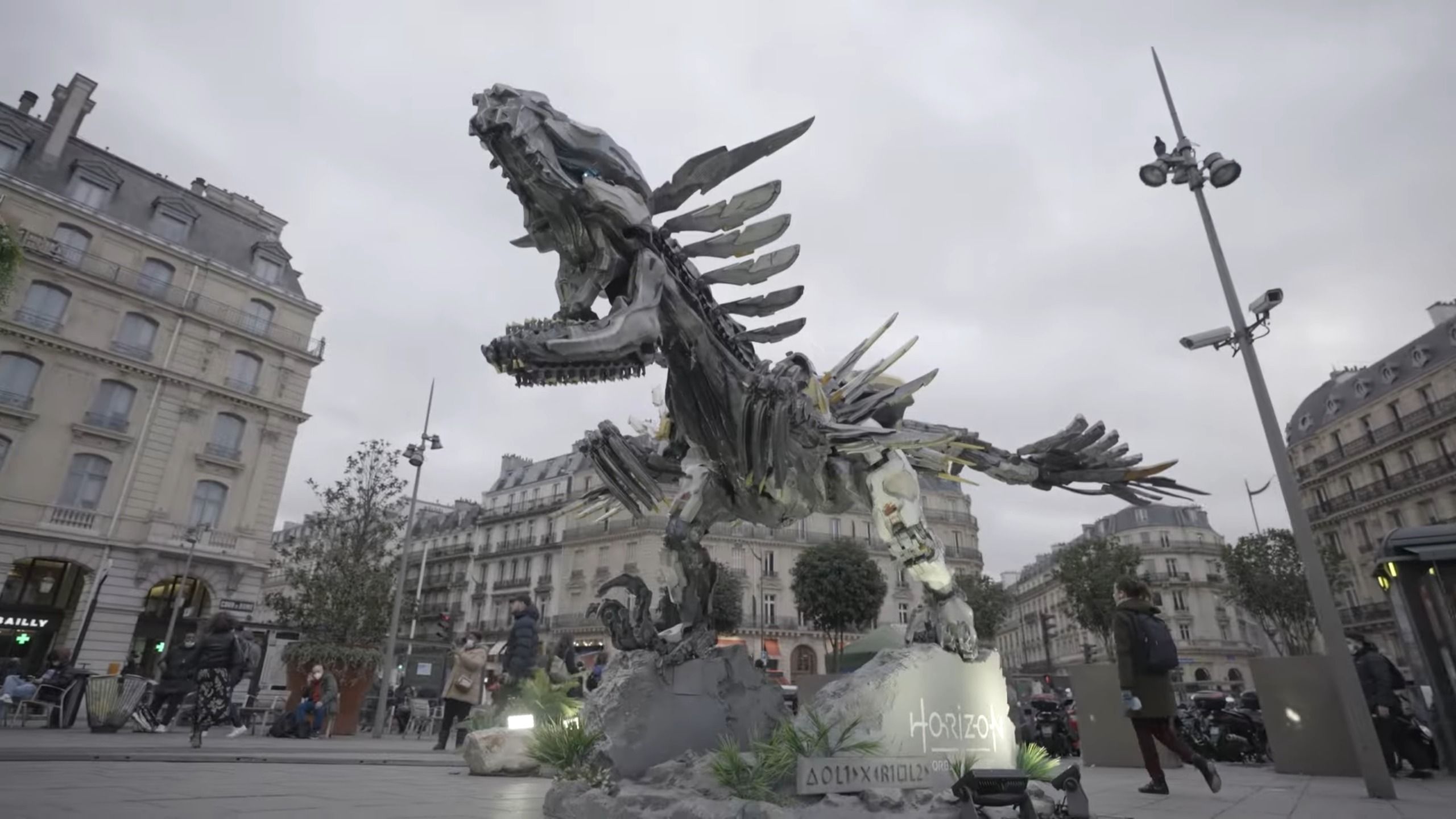 Sony Interactive Entertainment certainly loves to promote its games with on-location events in several cities, and Horizon Forbidden West was no exception.

The French arm of PlayStation took over the second-busiest metro station in Paris, Saint-Lazare, with plenty of swag related to the game.

This included lots of billboards and art, a dedicated Kiosk, and even the statue of one of the machines in the square in front of the station.

You can check out a video published today, showing the event.

Horizon Forbidden West is now available for PS5 and PS4  and you can read our review. Here’s how Sony officially describes it: