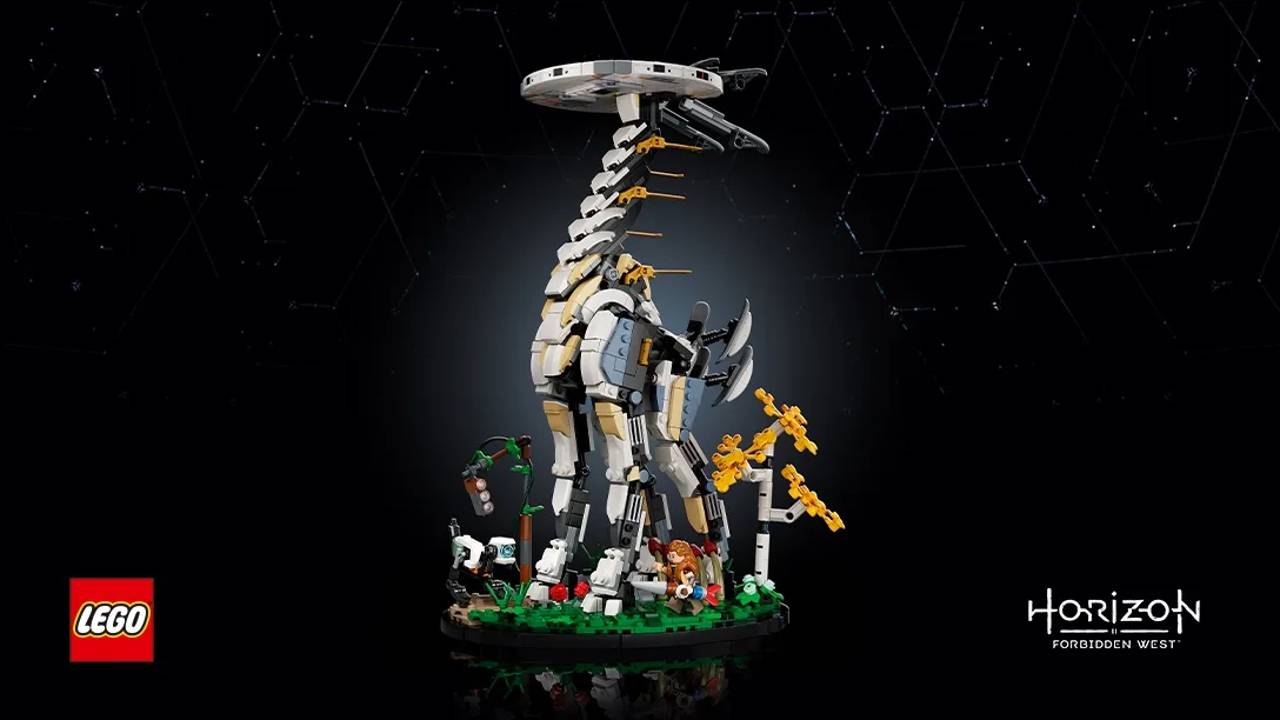 With the release date just around the corner, excitement for Horizon Forbidden West is at an all-time high, as fans can’t wait to jump back into this chaotic and exciting post-apocalyptic world filled with robot dinosaurs. To celebrate the upcoming release, Guerilla has just announced that they are releasing a brand new Horizon Forbidden West LEGO Tallneck & Aloy.

This news came by way of an official trailer, which details plenty of info on the 34 centimeters (13.5 inches) high figure, as well as everything else that comes with the set.

When talking about the collaboration, LEGO Model Designer Isaac Snyder had the following to say, via the PlayStation Blog:

“I fell in love with Horizon Zero Dawn the first time I played it. It’s a futuristic world full of gorgeous scenery, strong characters, threatening machines, and a rich story,” said Snyder, “The Guerrilla designers were a huge inspiration and help in capturing the spirit of this universe in LEGO form. The Horizon fan community is so creative, and this model is dedicated to their passion and imagination.”

While there isn’t an exact release date for the Horizon Forbidden West LEGO Tallneck and Aloy set yet, a window of May 2022 has been provided. This probably works out perfectly for most fans, as they’ll likely be playing Horizon Forbidden West non-stop up until that point when it releases this Friday, Feb. 18 on PS4 and PS5.

For more, be sure to check out our review of Horizon Forbidden West, which we gave a 5/5, stating:

Horizon Forbidden West is a spectacular sequel to one of the PS4’s best exclusives. Its narrative is one of its biggest strengths, with unforgettable characters and twists and turns that maintain a solid pace throughout, and its combat has been expanded on, adding in new mechanics, weapons, and ammo types to make eliminating machines and humans an immensely satisfying experience.