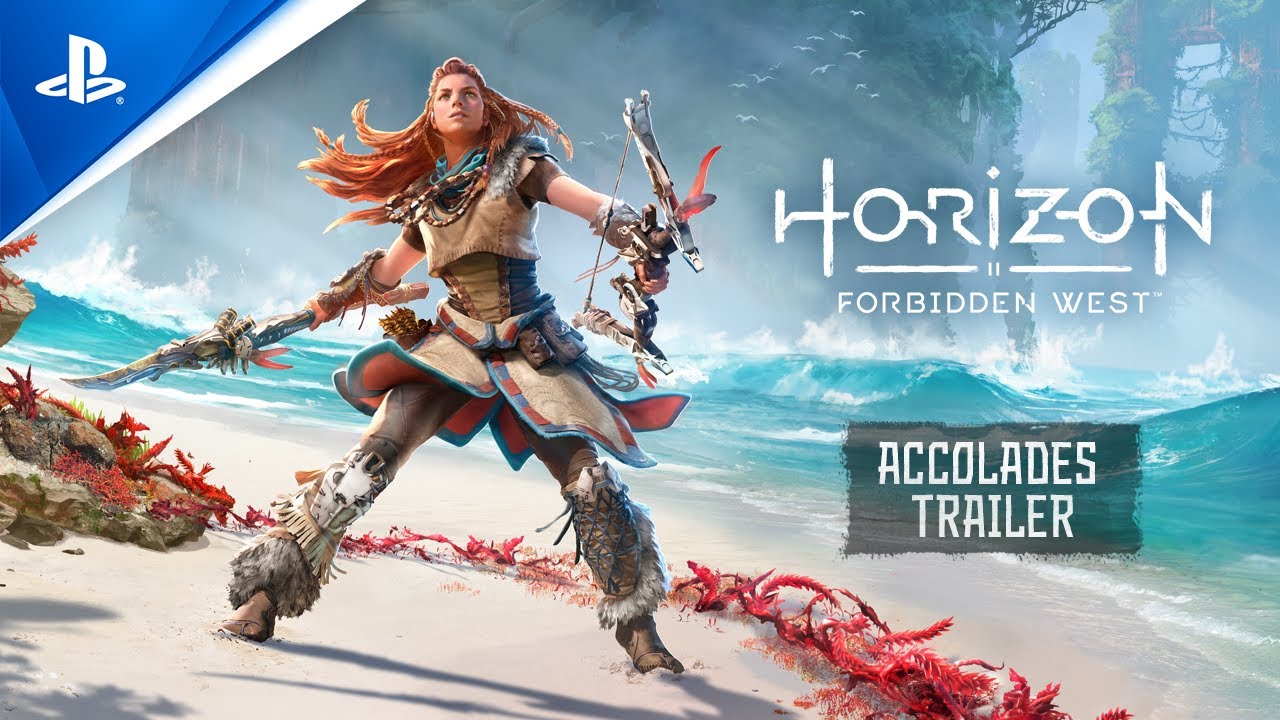 With Horizon Forbidden West, Guerrilla Games has delivered a superb sequel title that is already a firm favorite for Game of the Year awards despite it only being February. The hot critical reception is today being celebrated in a new trailer that highlights some of the most positive comments and scores.

For those not up to speed, Forbidden West continues the story of Aloy, picking right up from the first game as she traverses the continent and encounters new threats on its western frontiers.

Twinfinite also reviewed Horizon Forbidden West and was similarly high on it, scoring the game an exemplary 5/5 and concluding:

“Horizon Forbidden West is a spectacular sequel to one of the PS4’s best exclusives. Its narrative is one of its biggest strengths, with unforgettable characters and twists and turns that maintain a solid pace throughout, and its combat has been expanded on, adding in new mechanics, weapons, and ammo types to make eliminating machines and humans an immensely satisfying experience. All of this is wrapped up in a world entrenched in lore that feels more alive and meticulously crafted than its predecessor with visuals and animations that bring that special blockbuster feel Sony’s exclusives are now renowned for to the PS5. Bugs and glitches can occasionally take the shine off it, but with many addressed by the day one update, these are likely to have less of an impact on your experience. Horizon Forbidden West is a must-play if you own a PS5 and an easy GOTY contender in 2022.“