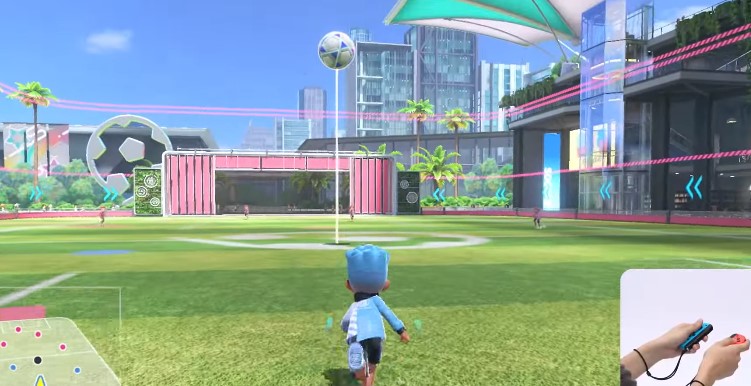 At launch, Nintendo Switch Sports will include tennis, bowling, chambara, soccer, badminton, and volleyball. Just Like the Wii U version of Wii Sports, you’ll be able to play the game online with friends or in random matchmaking.

An update will come to the game this Summer that will add the full soccer game. And if you loved the golf game in the original game, then there’s good news for you. The Fall update will add golf to Nintendo Switch Sports.

An online playtest will take place before launch from Feb. 18-20. If you want to take part then you must have an active Nintendo Switch Online membership. You can visit the game’s official website to sign up.