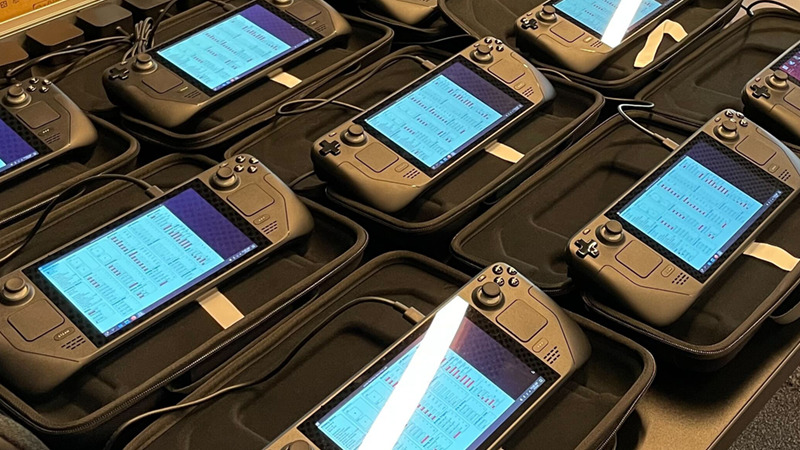 The Steam Deck is the new, hotly anticipated handheld console from Valve, and it was originally supposed to launch back in December 2021. Production problems and a shortage of parts led to a delay, however, and it’s since been pushed back to a February 2022 release instead.

In a new blog post from the company, Valve reassures potential buyers that the Steam Deck is still on track for its February release, “global pandemic, supply issues, and shipping issues notwithstanding.”

Valve went on to state that they’ve been sending out dev kits so that developers can start getting their titles ready for the console, and the first in-house units are already available for internal testing. All in all, things sound promising, and it’s looking like we can expect to get our hands on one by the end of February.