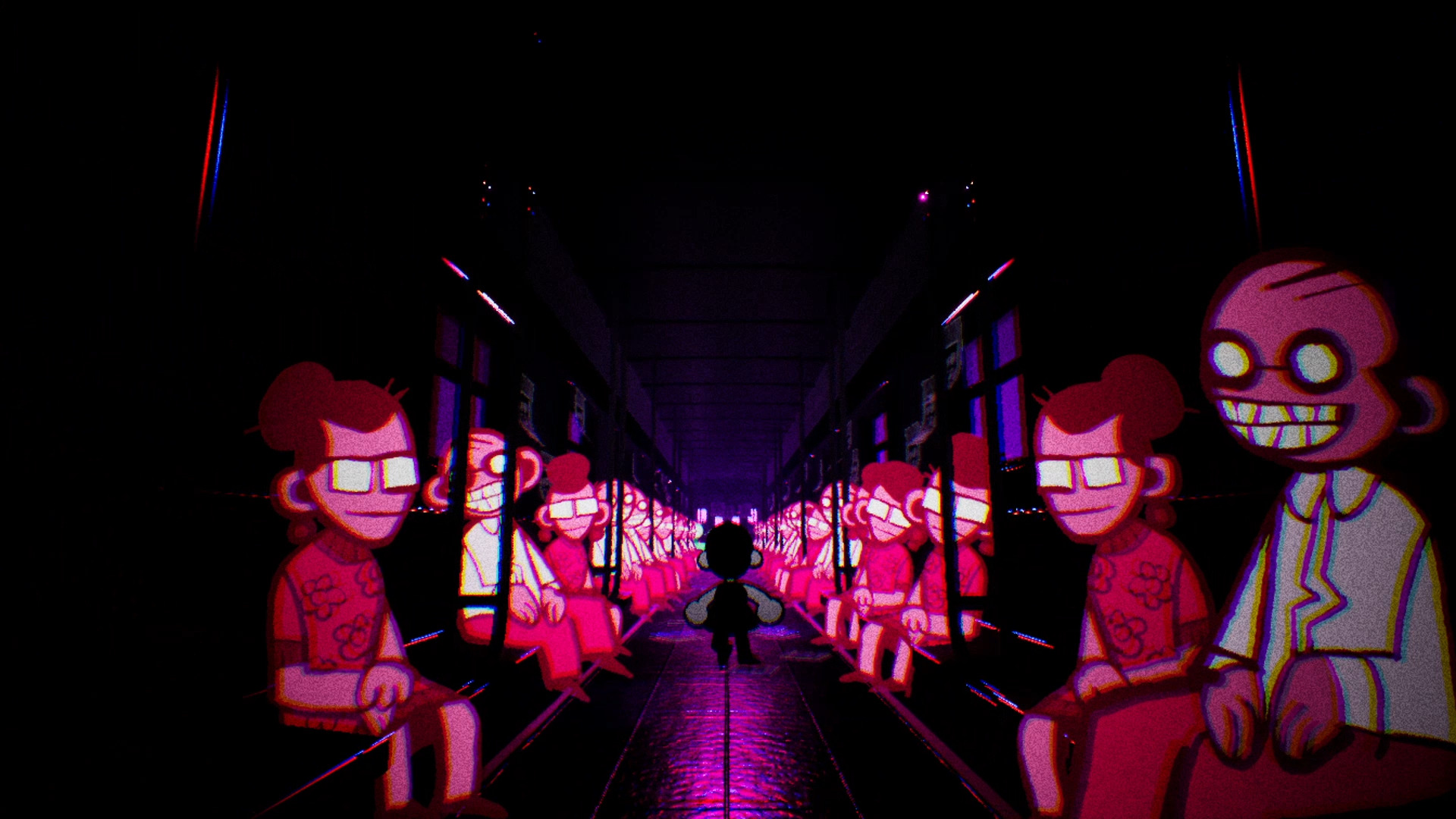 To celebrate the news, though, the indie publisher dropped a freshly-cut trailer to showcase what players can expect from the spooky locomotive-centric title. Behold said footage down below:

Having originally released on PC back in 2021 to a ‘Very Positive’ Steam user review score, Subway Midnight is a unique horror title for a number of reasons. Firstly, its visual style constantly changes so prepare to get spooked in a variety of different color palettes and styles.

Next, the narrative tells a poignant story of anxiety and trauma with a rare dose of irreverent humor much akin to something like Double Fine’s excellent Psychonauts 2. Granted, Subway Midnight is more of a straight-up horror game, but it definitely strikes a similar tone to Raz’s acclaimed adventure.

Board the train! Run away from a weirdo! Solve some puzzles! Make friends with some ghosts! Try not to become a ghost yourself!

A haunted-house style spookycute game set on a ghost-infested train, from the mind of Bubby Darkstar.

– A variety of bizarre puzzles

– Way Too Many Ghosts

Best enjoyed in a dark room.

This game contains sequences of flashing lights that could trigger symptoms in some photosensitive players. Consult a doctor before playing if you have a history of seizures.