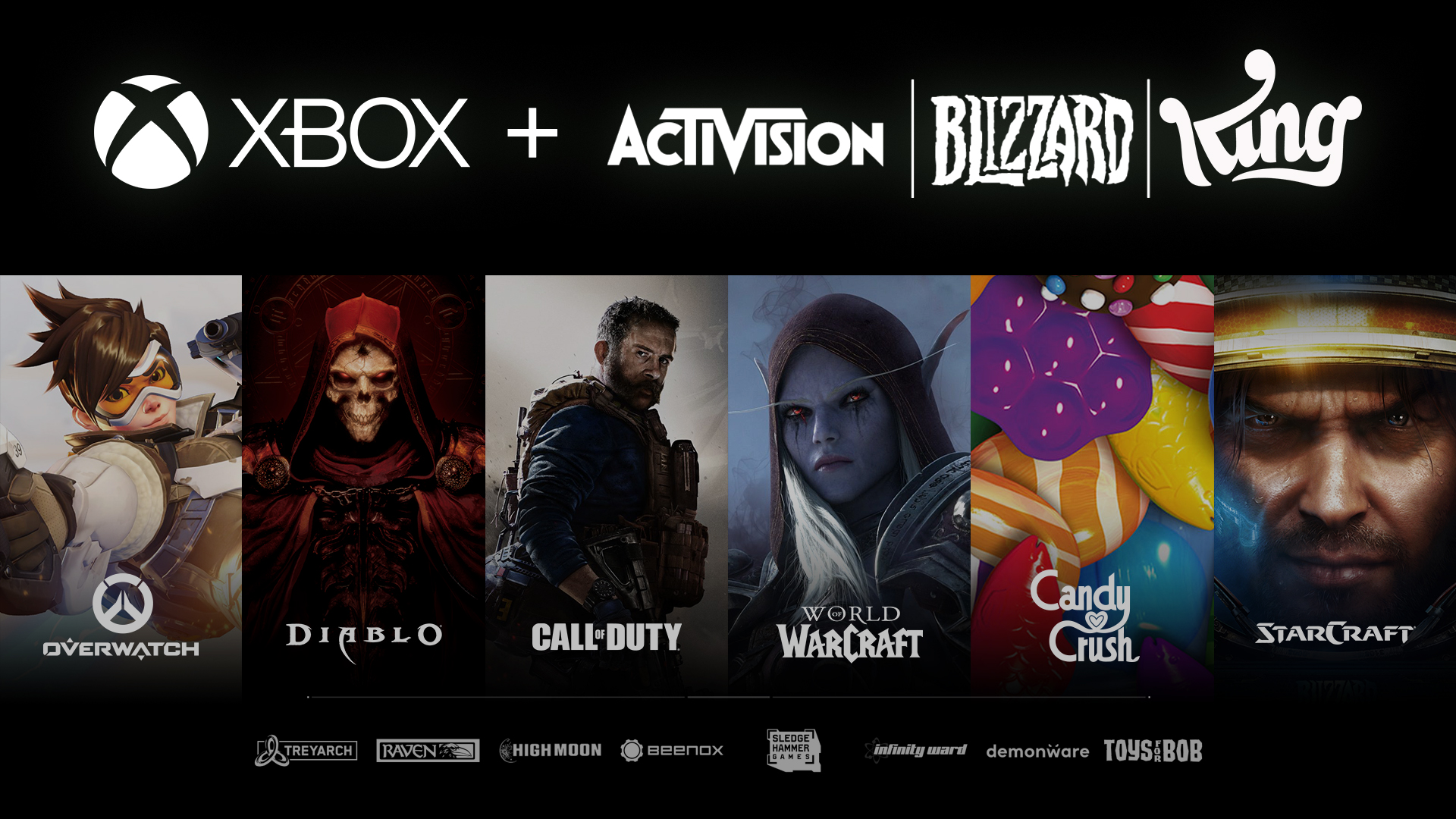 Microsoft has continued its aggressive acquisition of major game studios today in a potentially industry-shifting merger with Activision-Blizzard, the major publisher behind DOTA 2, Overwatch, Call of Duty, and many more. The deal was earlier today reported as being worth around $70 billion, making it by far the largest acquisition in the games industry to date.

Xbox CEO Phil Spencer confirmed the acquisition with a message that reads:

As a team, we are on a mission to extend the joy and community of gaming to everyone on the planet. We all know that gaming is the most vibrant and dynamic form of entertainment worldwide and we’ve experienced the power of social connection and friendship that gaming makes possible.

As we pursue that mission, it is incredibly exciting to announce that Microsoft has agreed to acquire Activision Blizzard.

Over many decades, the studios and teams that make up Activision Blizzard have earned vast wellsprings of joy and respect from billions of people all over the world. We are incredibly excited to have the chance to work with the amazing, talented, dedicated people across Activision Publishing, Blizzard Entertainment, Beenox, Demonware, Digital Legends, High Moon Studios, Infinity Ward, King, Major League Gaming, Radical Entertainment, Raven Software, Sledgehammer Games, Toys for Bob, Treyarch and every team across Activision Blizzard.

Upon close, we will offer as many Activision Blizzard games as we can within Xbox Game Pass and PC Game Pass, both new titles and games from Activision Blizzard’s incredible catalog. We also announced today that Game Pass now has more than 25 million subscribers. As always, we look forward to continuing to add more value and more great games to Game Pass.

The fantastic franchises across Activision Blizzard will also accelerate our plans for Cloud Gaming, allowing more people in more places around the world to participate in the Xbox community using phones, tablets, laptops and other devices you already own. Activision Blizzard games are enjoyed on a variety of platforms and we plan to continue to support those communities moving forward.

As a company, Microsoft is committed to our journey for inclusion in every aspect of gaming, among both employees and players. We deeply value individual studio cultures. We also believe that creative success and autonomy go hand-in-hand with treating every person with dignity and respect. We hold all teams, and all leaders, to this commitment. We’re looking forward to extending our culture of proactive inclusion to the great teams across Activision Blizzard.

Around the world, there is no more exciting venue for fun and connection than video games. And there has never been a better time to play than right now. As we extend the joy and community of gaming to everyone, we look forward to welcoming all of our friends at Activision Blizzard to Microsoft Gaming.

Activision-Blizzard has been in somewhat of a crisis following allegations of sexual misconduct and a subsequent lawsuit against the company’s leadership last year, which has seen key members of the team resign.

Notably, in a Tweet that accompanied today’s announcement, Xbox pledged that “Xbox is committed to our journey for inclusion in every aspect of gaming. We hold all teams to this commitment. We’re looking forward to extending our culture of proactive inclusion to the great teams across Activision Blizzard.

Microsoft made waves in 2020 with its then record-setting acquisition of ZeniMax Studios, the parent company of Bethesda Games, in a deal worth $7.5 billion.