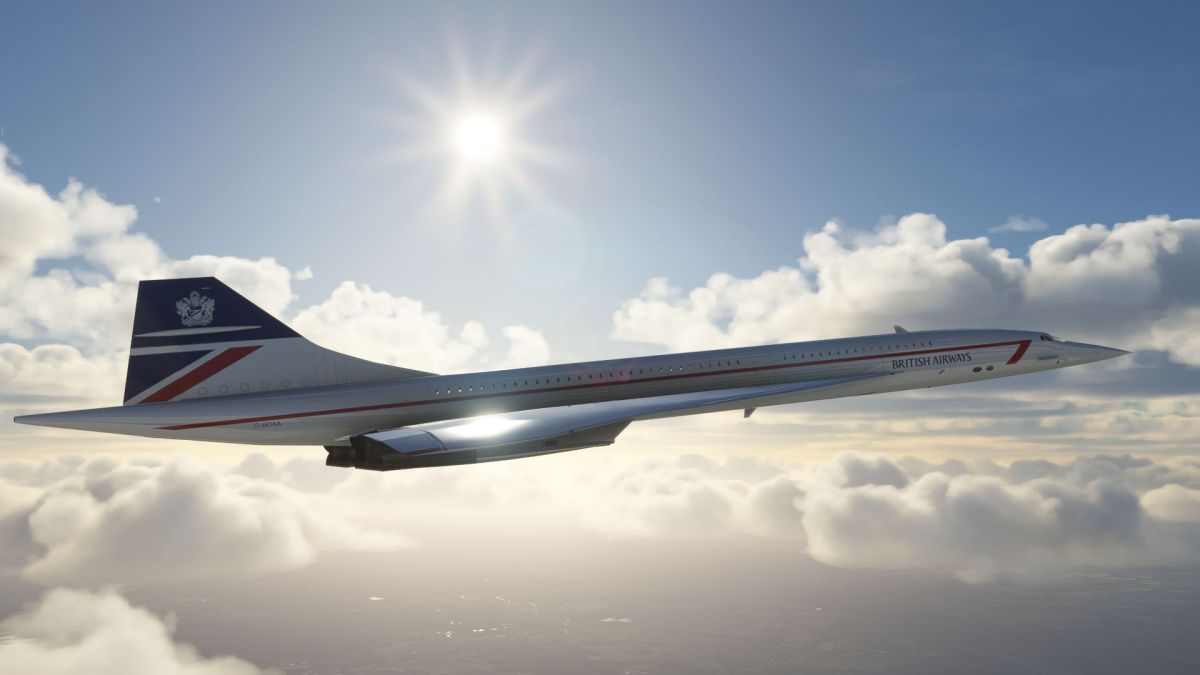 We start with DC Designs and its publisher Just Flight, which published new screenshots of Concorde, for which we also get a detailed development update.

“Currently, I have finished animating and coding most of the switches on the flight deck for functionality in terms of being able to manipulate them, and have also completed most of the decal work ( there are no texts direct onto surfaces, all labels are hi-res decals in Concorde ). Texture work is on-going, but the vast majority of the essential stuff is there and can now be refined and improved over the coming weeks.

Re-building so much of the cockpit has refreshed my memory on much of what goes on aboard Concorde, and with my coding skills having moved on from the original project two years ago, I’m pretty sure most functions will have a purpose, even on the engineer’s panel. The limiting factor here is not whether I can make it all work, but how much I should make truly functional given the target market. Even without absolute functionality, this Concorde is going to be immensely complex compared to anything else I have built to date. As ever I want to avoid true “study level”, but as I’ve mentioned before, there is just no way this Concorde will allow you to just blast off to Mach 2 and 50,000ft – it’s going to have to be flown the correct way.

I have been fortunate to be assisted by both Asobo and Microsoft with some aspects of the flight model, along with Paul Frimston’s and CodenameJack’s work, to ensure that Concorde’s delta wing and her operational flight envelope can be reproduced with sufficient accuracy. There has been much progress here, with Asobo’s flight modeling team sending crucial information through in support of the project. The good news is that Concorde does have the potential for a high degree of accuracy in all aspects of the flight envelope, but there will also have to be some “creative thinking” going on to make it all happen the way it should.”

Next, from Pilot Experience Sim, we get a few new screenshots of Ajaccio Napoleon Bonaparte Airport (LFKJ), one of the main airports serving the French island of Corsica.

According to previous announcements, this should be released in March.