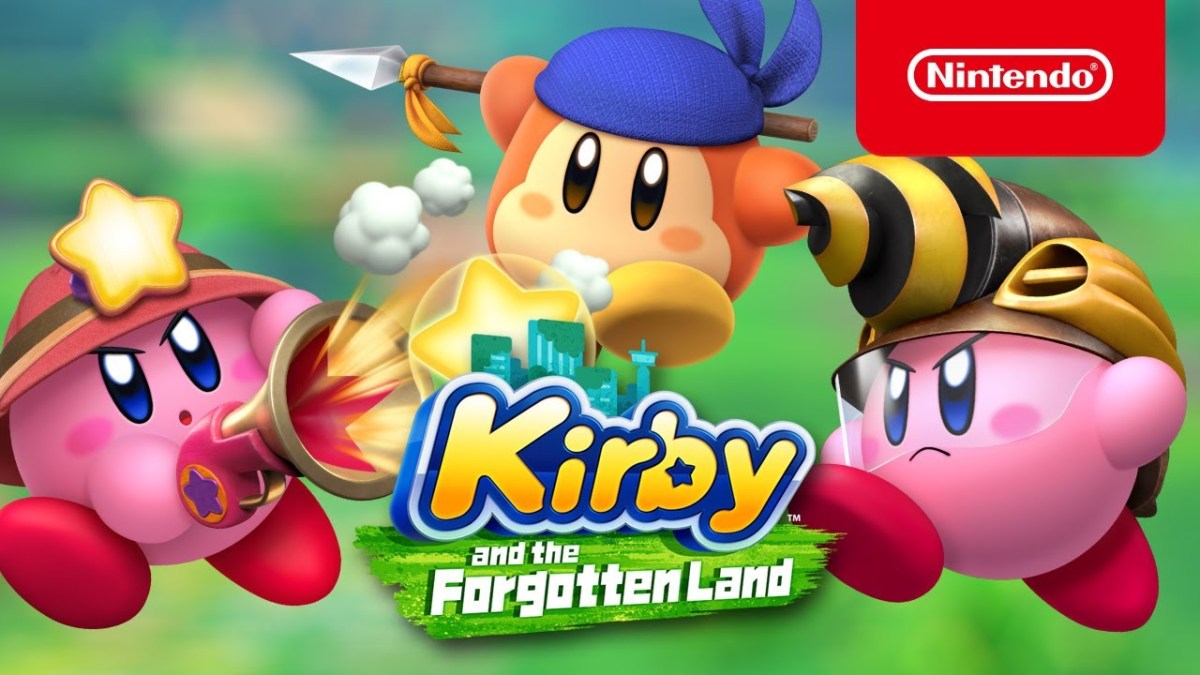 Kirby and the Forgotten Land, the next game in featuring Kirby and his friends that was announced this past September, is shaping up to be the most ambitious title in the series yet. A new trailer released this morning showcases some of the new abilities and features we will be able to expect in the game, and we even learn the release date as well.

In the trailer, we see quite a bit of gameplay throughout various 3D platforming stages. We also see Kirby using new abilities like a drill that allows him to dig underground to evade and attack enemies, and a ranger ability that allows him to use an air horn-like weapon.

Of course, plenty of Kirby’s old abilities are making a return as well, as we see throughout the trailer as Kirby uses them in brand new ways to attack enemies. This is the first time that this series takes place on a true 3D plain, so even old abilities have fresh new ways of being used.

Additionally, the trailer showcases some elements of multiplayer co-op play that we can expect in the game, which is a nice surprise. You’ll be able to team up with a friend who can control Bandana Waddle Dee alongside you during your adventure.

The trailer seems to suggest that the plot of Kirby and the Forgotten Land will involve rescuing kidnapped Waddle Dees.

Kirby and the Forgotten Land will release on March 25, 2022 on the Nintendo Switch. You can watch the full gameplay trailer below.