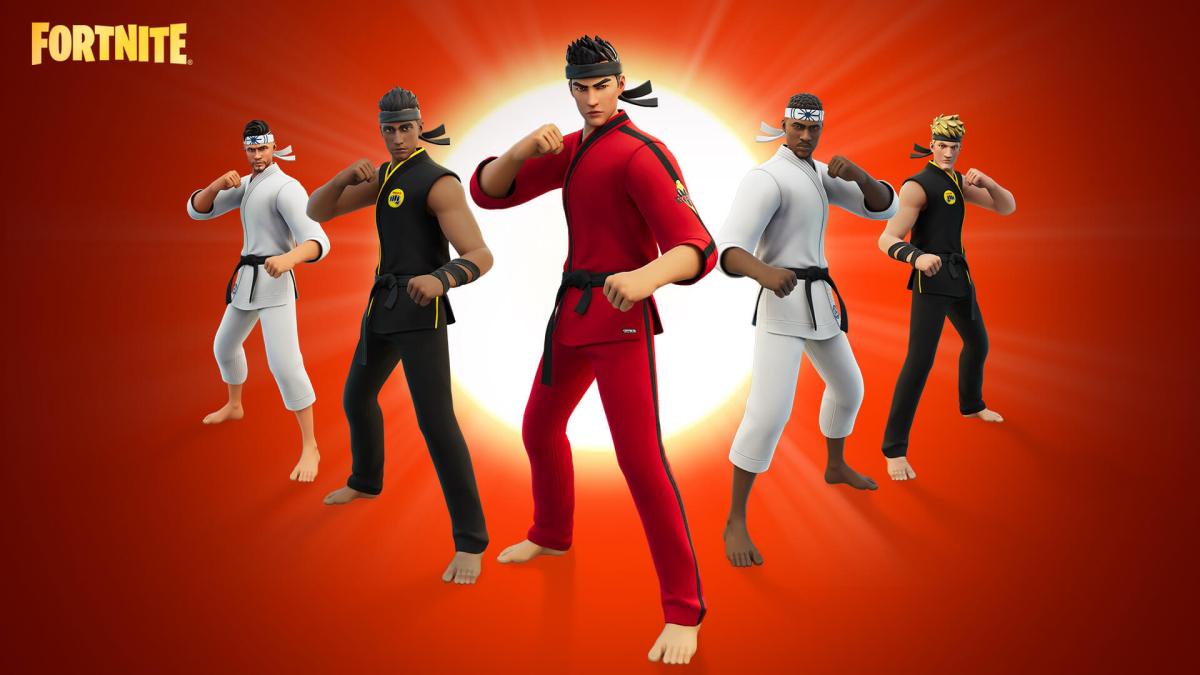 Cobra Kai was originally released as a YouTube series, but quickly made its way to Netflix where it’s recently seen the release of its fourth season. To celebrate season 4, Epic Games is having a small collaboration event by featuring new skins that you can get in Fortnite.

While none of the show’s characters themselves are actually being represented in the game, you can still deck out your characters in the karate uniforms of the various schools from the show. This, of course, includes the titular Cobra Kai, as well as Miyagi-Do dojo, run by Karate Kid protagonist Daniel LaRusso.

You can also purchase a Crane Kick emote, which lets you get into the iconic crane pose that LaRusso took in the final moments of his tournament battle against Johnny Lawrence in the first movie before knocking him out for the win.