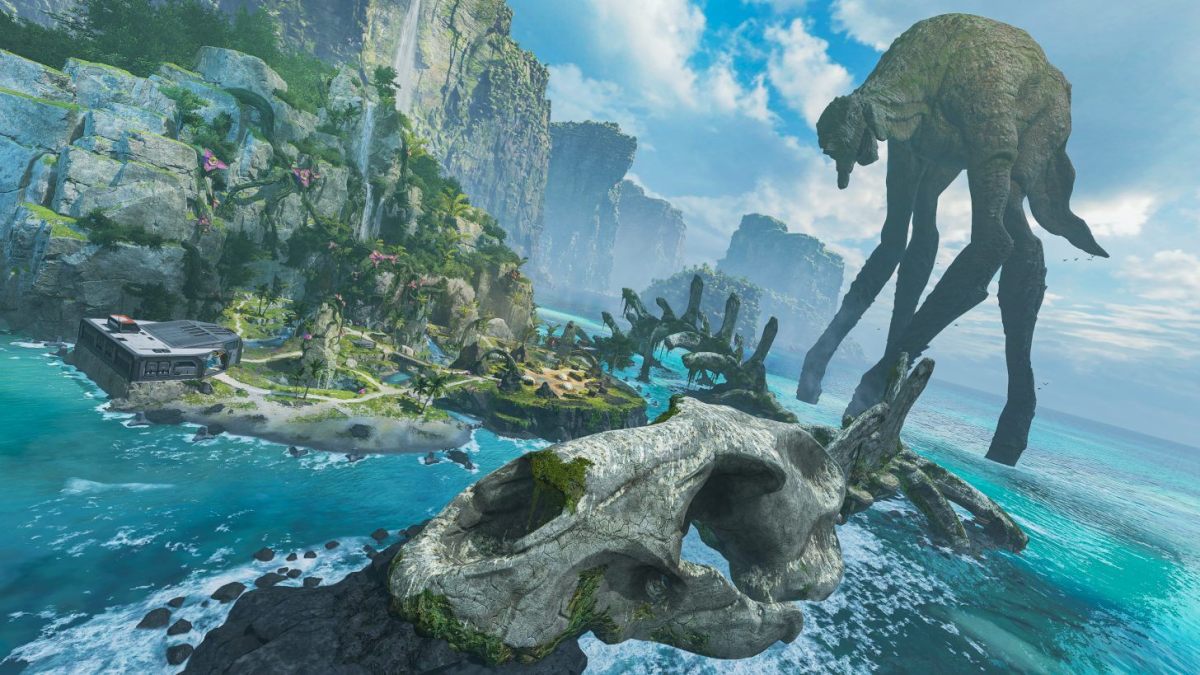 We now have word on when the next event will be coming to Apex Legends. The new event, dubbed Dark Depths, will be starting this Tuesday, January 11.

The main new addition coming with the Dark Depths Event is a new Arenas map called Habitat. The Apex Legends site has this to say about it:

Storm Point is just one of many islands in the New Antillia archipelago. Habitat 4 is one of the smallest islands in the chain, and is best known as a Leviathan breeding ground. Early IMC research groups were surprised to find that a large population of local Leviathans gravitated toward the island, and designated Habitat 4 as an ethology base to study the creatures’ behavior. It’s been over a century since then, and while the IMC is gone, the gentle giants they studied here remain.

Habitat 4 was inspired by Leviathans and how it would feel to fight in their breeding grounds. It represents our vision of an arena established in a natural environment, while holding true to the tentpoles of arena design. With that being said, one of Habitat 4’s key features is a large waterfall. Through the passage of time it has eroded the landscape, forming trenches and terraces of varied elevation. Making this island a paradise for slides and quick getaways.

Teams will have plenty of options and choices to make from the start. Do you make a play for the quick high ground to get a read on the enemy? Or do you take a sneakier approach?

We also have a look at the prize track for the Dark Depths Event. Rather than only a single prize tracker, instead every week of the event will see a new track.

You can watch the reveal trailer here and below to see for yourself the skins and an overview of the new Habitat arenas map:

The new Dark Depths Event comes in the heels of a recent bug where the new Bangalore legendary Mil-Spec skin will crash the game. The Rampage LMG and Sentinel sniper rifle have also been removed from all game modes as an exploit regarding the two of them has been found.