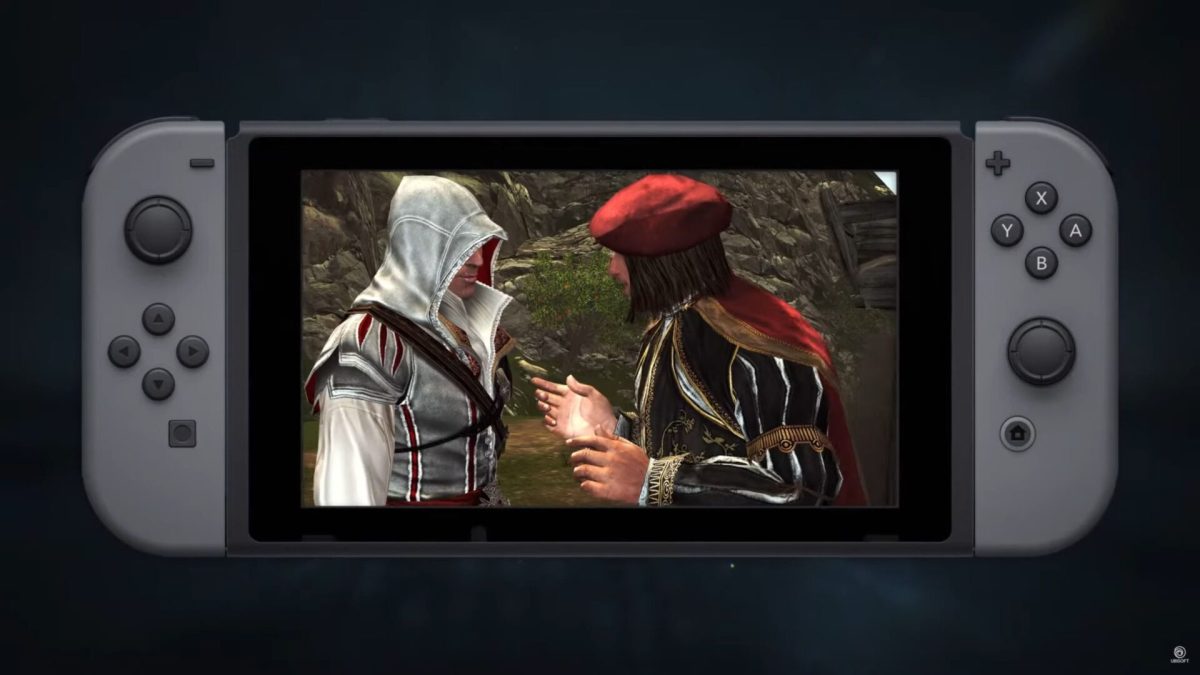 Today Ubisoft announced that Assassin’s Creed: The Ezio Collection will be released for Nintendo Switch.

The collection that has been released for PS4 and Xbox One all the way back in 2016 will finally land on Nintendo’s console on Feb. 17, 2022. Better late than never, I guess.

Below you can check out the trailer anfan official description for each game, in case you’re not familiar with them.

Assassin’s Creed II: In this opus, players will embody Ezio, a new Assassin carrying on the deadly lineage of his forebears through Renaissance Italy, including Florence and Venice. Thrive in an environment rich with power, revenge and conspiracy, as they hone their art, wielding weapons and instruments designed by the legendary Leonardo da Vinci himself. All solo DLC is available along the single-player campaign.

Assassin’s Creed Brotherhood: Playing as Ezio is an enduring struggle against the powerful Templar Order, all fans will journey into Italy’s most renowned city, Rome, center of power, greed, and corruption. This will require not only strength, but leadership, as they will command an entire Brotherhood who will rally to their side. All solo DLC is available along the single-player campaign.

Assassin’s Creed Revelations: In this game, Ezio must leave his life behind in search of answers. Player will walk in the footsteps of their legendary mentor, Altaïr, on a journey of discovery and revelation. This perilous path takes them to Constantinople, the heart of the Ottoman Empire, where a growing army of Templars threaten to destabilize the region. All solo DLC is available along the single-player campaign.