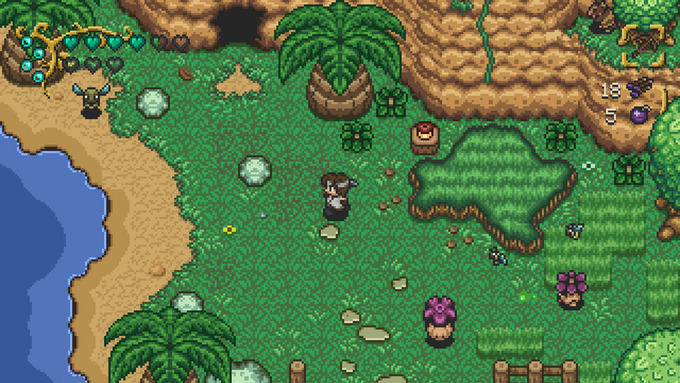 SNES-inspired RPGs certainly aren’t rare by any stretch of the imagination, but every so often, a particularly pretty one comes our way and looks like it might actually be worth investing in. Enter Airoheart, a 16-bit RPG developed by the Australia-based Pixel Heart Studio.

Airoheart reached its funding goal about a year ago, and is slowly inching towards its final release date with Soedesco helping with publishing.

“Airoheart is an ode to the deep and emotional story telling of the Final Fantasy series, whilst also adopting the style and charm of early classics from The Legend of Zelda series. It’s graphical art style and music are heavily inspired by such franchises with the core gameplay elements closely resembling that of ‘A Link To The Past’.
It embraces old-school real-time combat situations mixed with puzzles and platforming sequences, all from the much loved top-down pixel art perspective of the mid-90s.
It scratches that itch for nostalgia which burns within us all!”

Pixel Heart promises plenty of themed dungeons and a large, handcrafted open-world for players to explore. You can check out the full details at the Kickstarter page here.

Airoheart is currently targeted for a Q1 2022 release date, with a beta on the way.