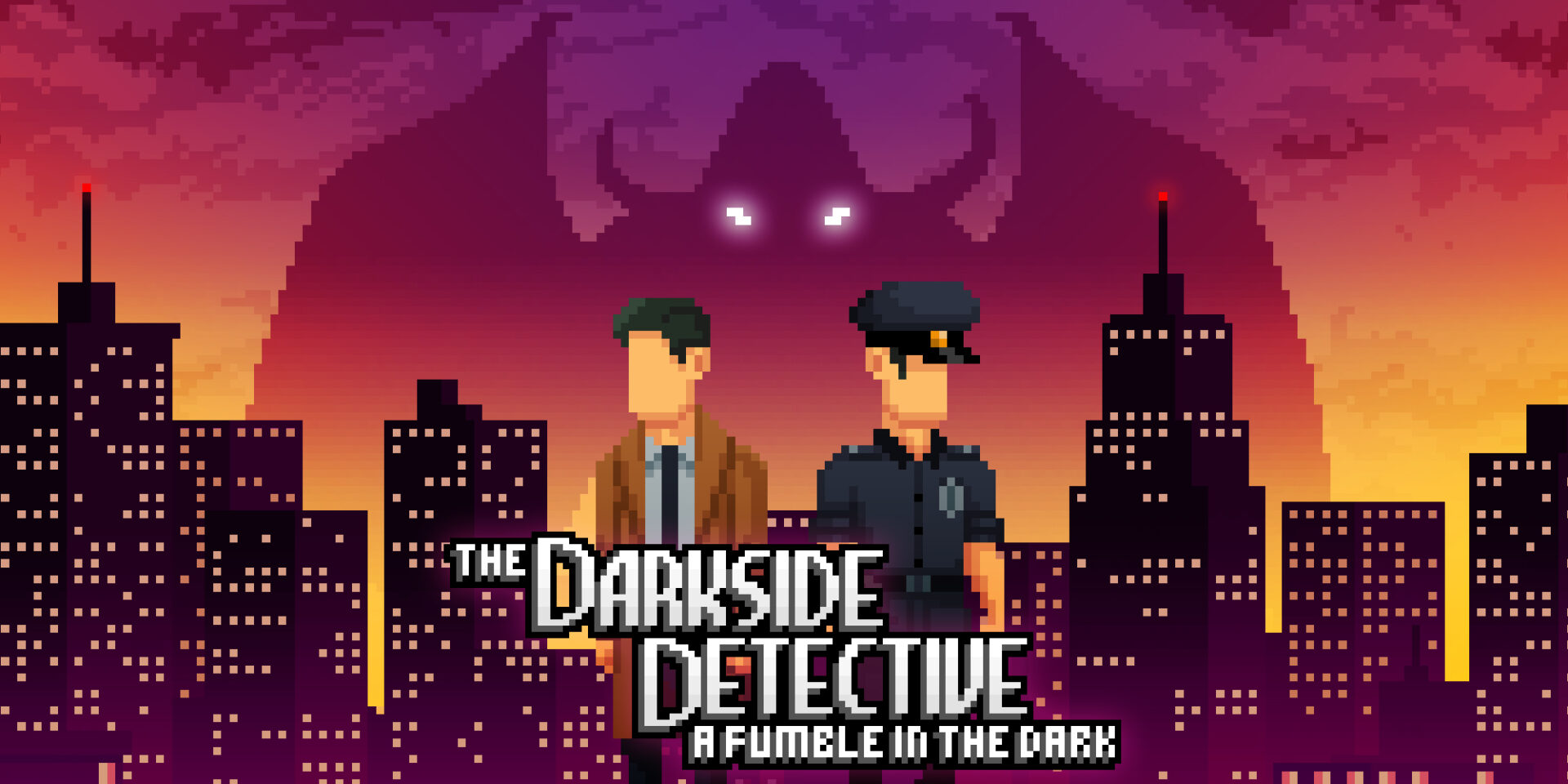 Developer Spooky Doorway and publisher Akupara Games have released a free batch of DLC for their spookily unsettling 2D pixellated adventure title, The Darkside Detective: A Fumble In The Dark.

Specifically, the fresh content adds a new festive case for Detective Francis McQueen and Officer Patrick Dooley to solve. Check out a recent reveal trailer for the newly-added case down below:

For more information, here’s a brief overview of Ghosts of Christmas Passed courtesy of a press release we received:

Ghosts of Christmas Passed is something we’ve been thinking about since we released the previous Christmas case, Buy Hard. That let us seed in a teeny bit of foreshadowing through A Fumble in the Dark, something unique to our format that we think is a wee treat for eagle-eyed players. It has everything: characters, art, noises, words – I think we might even have included a ghost?  – Dave Mccabe, Writer

Additionally, if you want to know more about The Darkside Detective: A Fumble In The Dark, here’s the rundown courtesy of the game’s official Steam page:

Delouse your room with sage and pack up your travel-sized ouija board, it’s time to re-enter Twin Lakes – America’s 34th most haunted city. Join Detective McQueen as he puzzles his way through 6 chilling cases, risking life and pixelated limb to solve the macabre mysteries that plague the poor town.

• 6 unique cases, the likes of which you’ve never seen before (not a guarantee)
• Uses both pointing and clicking technology
• Music from Thomas O’Boyle, a totally-living composer, definitely not undead
• Photo-Realistic* Pixel Rendering (*Depends on your definition of photo-realism)
• 1 mail-in rebate per customer on exorcism services for hauntings resulting from play
• A brief recap of the events of “The Darkside Detective” for anyone who hasn’t played it and doesn’t want to

The Darkside Detective: A Fumble In The Dark is available to purchase now for PC, the Nintendo Switch, PS4, PS5, Xbox One, Xbox Series S/X, and Google Stadia.