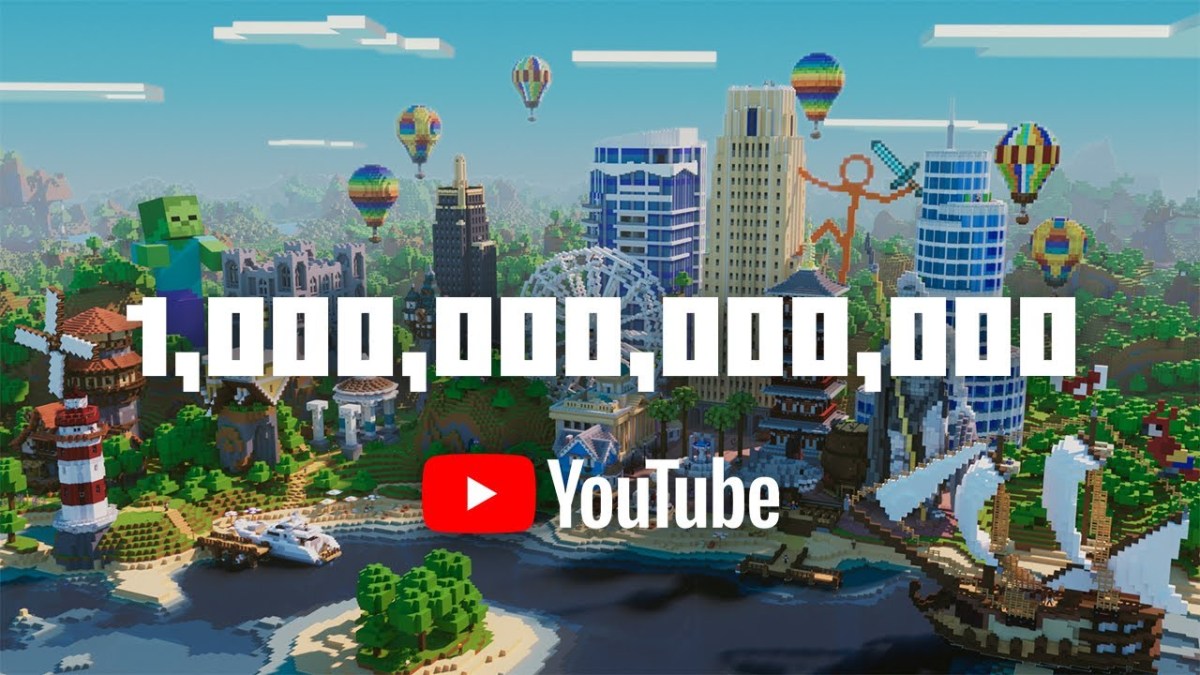 Developer Mojang’s Minecraft is a cultural phenomenon and an absolute content machine. Today, YouTube has announced that the game’s views across community-driven creator content have now exceeded an incredible 1 trillion views.

The news comes by way of a whimsical video celebrating the milestone to the tune of Starship’s ‘We Built This City,’ which you can check out below.

There’s also a fun way to check how much you contributed to the community’s 1 trillion hour tally by plugging in your estimated number of videos in the checker featured in this wrap-up article. It also showcases a timeline of creator content which offers a fun look at the scaling of views over the years since the game’s 2011 release.

The article signs off with the following summary statement:

The story of Minecraft on YouTube is one of endless creativity fueled by changes to the game, changes to YouTube, and the ever-evolving interests of both creators and their viewers. Believe it or not, all that energy and output seems to be gaining momentum. As our data shows, it took around eight years for this community to generate 500 billion views, but only another two or so to double that and hit one trillion. What future heights they hit we can only guess at, but as with this milestone, it will be fun to watch it happen.

In other recent Minecraft news, Mojang finally released the second part of the Caves & Cliffs update.