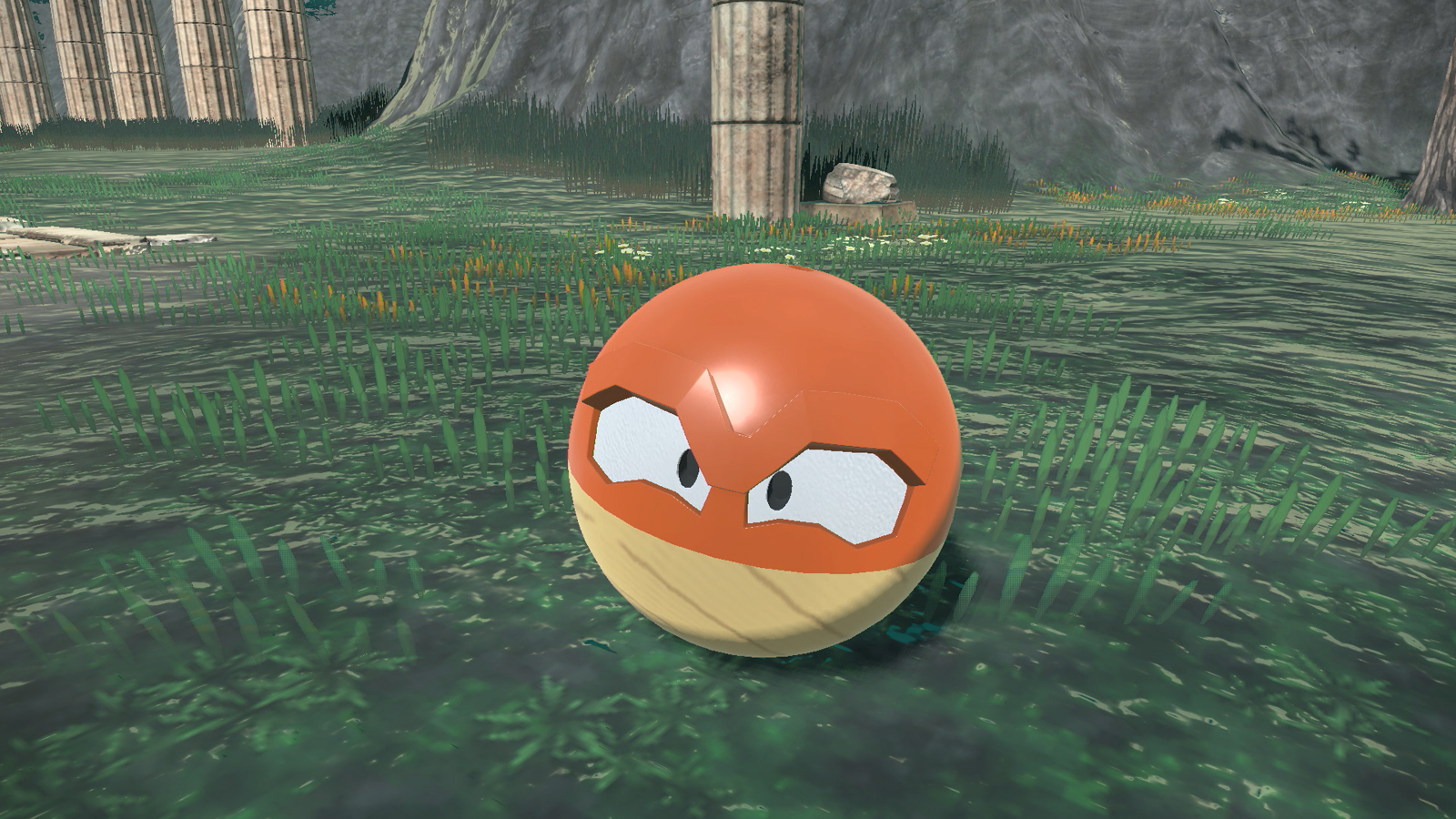 After a brief tease on Twitter last night involving Ball Guy, the Pokemon Company has officially revealed a new Hisuian form for the upcoming Pokemon Legends: Arceus game. Hisuian Voltorb will be a dual-type Electric/Grass Pokemon.

The design of Hisuian Voltorb looks similar to the Poke Balls of the Hisui region, which differ slightly in appearance from the Poke Balls we’ve used throughout the series. It has a wood grain makeup on the surface of its body and a hole on the top of its head.

According to the official Pokemon Legends: Arceus website, “there seem to be countless seeds packed inside Hisuian Voltorb. Occasionally, it spouts these seeds out of the hole in its head. However, no one knows exactly what it’s like inside the Pokémon’s body because inside the hole, it’s pitch-dark.”

This new Voltorb form is just one of several regional variants that have been introduced in this ancient Sinnoh region. Hisuian Zorua and Zoroark were revealed in October, for example. You can read all about the different Hisuian regional variants, including this new version of Voltorb, on the official website right here.

Currently, there has been no reveal of a Hisuian Electrode, Voltorb’s evolved form, but chances are that this Pokemon will get its own Electric/Grass regional variation as well.

The official Pokemon Twitter account also shared that tomorrow at 6 am PST / 9 am EST, a special animation short featuring Hisuian Voltorb will be posted on its social channels, so it’s possible we could learn more information there.

Pokemon Legends: Arceus releases for the Nintendo Switch on Jan. 28, 2022.

You can watch the “shocking debut” of Hisuian Voltorb in the video below.