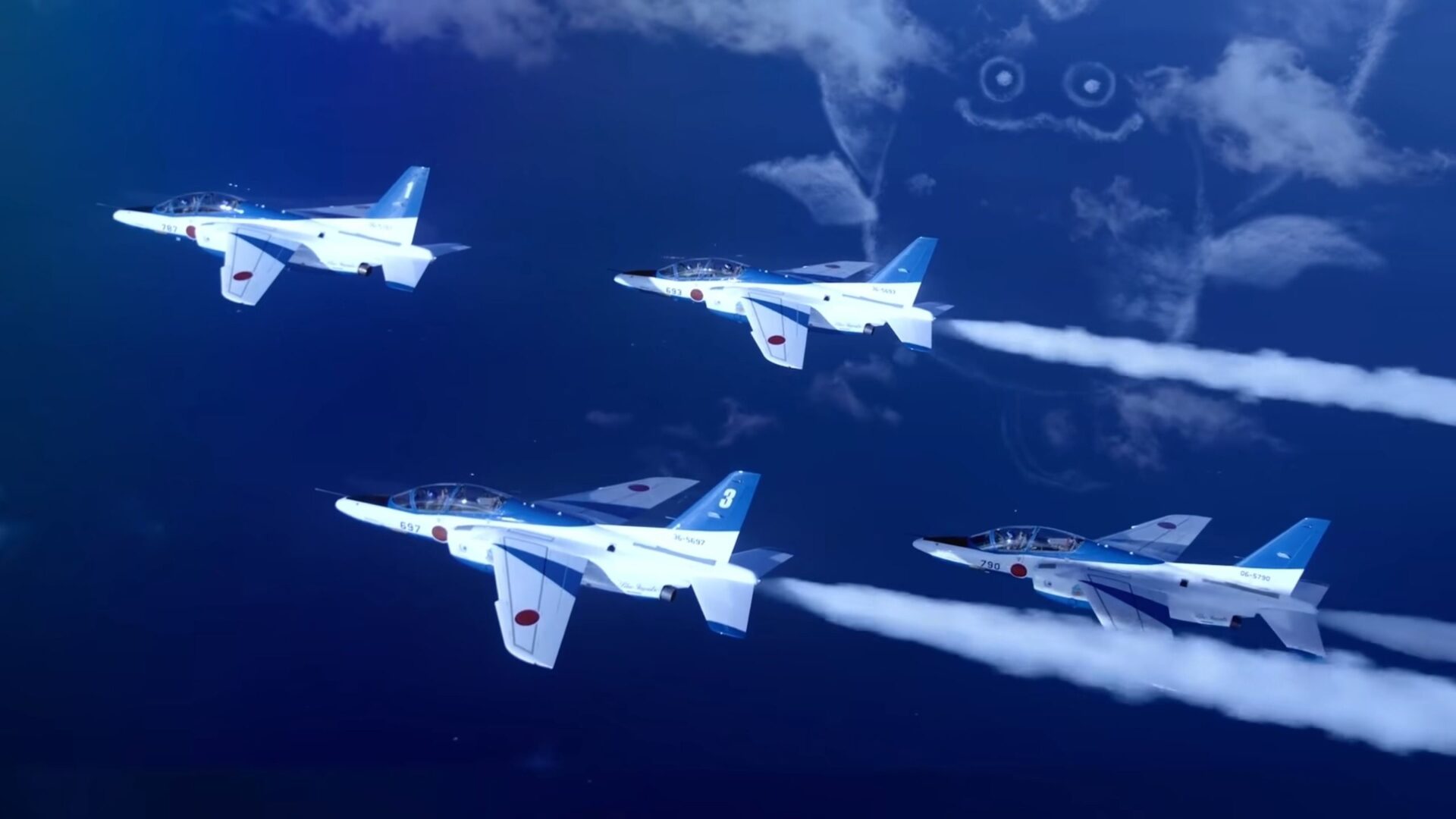 A trailer has been released showcasing Blue Impulse, the aerobatic demonstration team of the Japan Air Self-Defense Force, pretty literally painting the sky of Tokyo with iconic Dragon Quest monsters.

We get to see the team’s Kawasaki T-4 jet trainers as they draw slimes, drackys, and more on the blue canvas over the skyscrapers of the Japanese capital, which is quite appropriate considering the heavenly theme of the expansion.

You can watch the trailer for yourself below.

Dragon Quest X is currently available for PS5, PS4, Switch, 3DS, Wii U, and PC, unfortunately only in Japanese.

An offline version, Dragon Quest X Offline will launch in Japan for PS5, PS4, Nintendo Switch, and PC on February 26, 2022.

Unfortunately, the MMORPG was never localized for the west, and remains a massive gap in the series for the fans in North America and Europe who can’t reap Japanese.

The offline version has not been announced for the west either, and it wasn’t included in Square Enix’s Tokyo Game Show programming in English, which isn’t a good sign in the perspective of a localization.