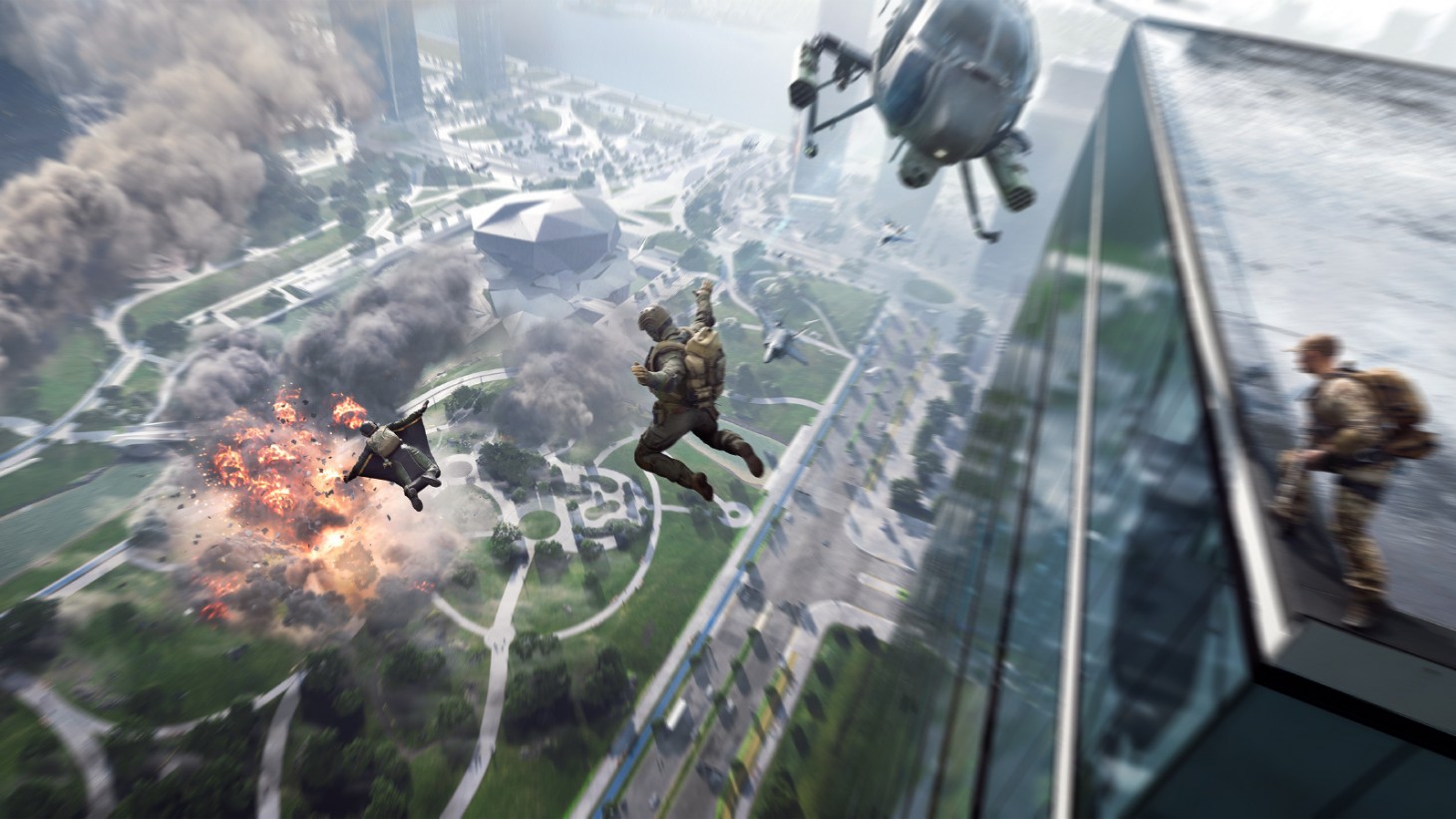 Battlefield 2042 has arrived and the latest in the long-running FPS series is ready for players both new and old to parachute dive or rocket blast into. DICE has lots of plans for Battlefield 2042, and even at launch, it comes packed with lots of new and exciting features such as Hazard Zone and Portal to replace the removed campaign. If you’re here, you’re probably wondering how much the download and install size is for Battlefield 2042, here’s what the damage is going to be on your precious hard drive.

Down below, we’ve listed the install size for Battlefield 2042 on consoles and PC. At the moment it’s currently an estimate as we are still technically a week away from launch, but based on our review and early access builds, this should be pretty close to what you’re going to need.

Keep in mind that these file sizes could change after launch as the development team at DICE release patches and updates to help improve performance and stability.

That being said, do expect the install sizes to go up over time. Battlefield 2042 is a live-service game that will have content consistently added to it over the next couple of years and will also include free and paid seasonal content which will also add to the file size.

So if you’re going to stick with Battlefield 2042 for the long term, make sure that you have a chunk of space open as the game expands over the coming months and years.

That’s everything you need to know about Battlefield 2042’s download and install size is. For more tips, tricks, and guides, head on over to our guide wiki, search for Twinfinite, or see more of our coverage on the game below.