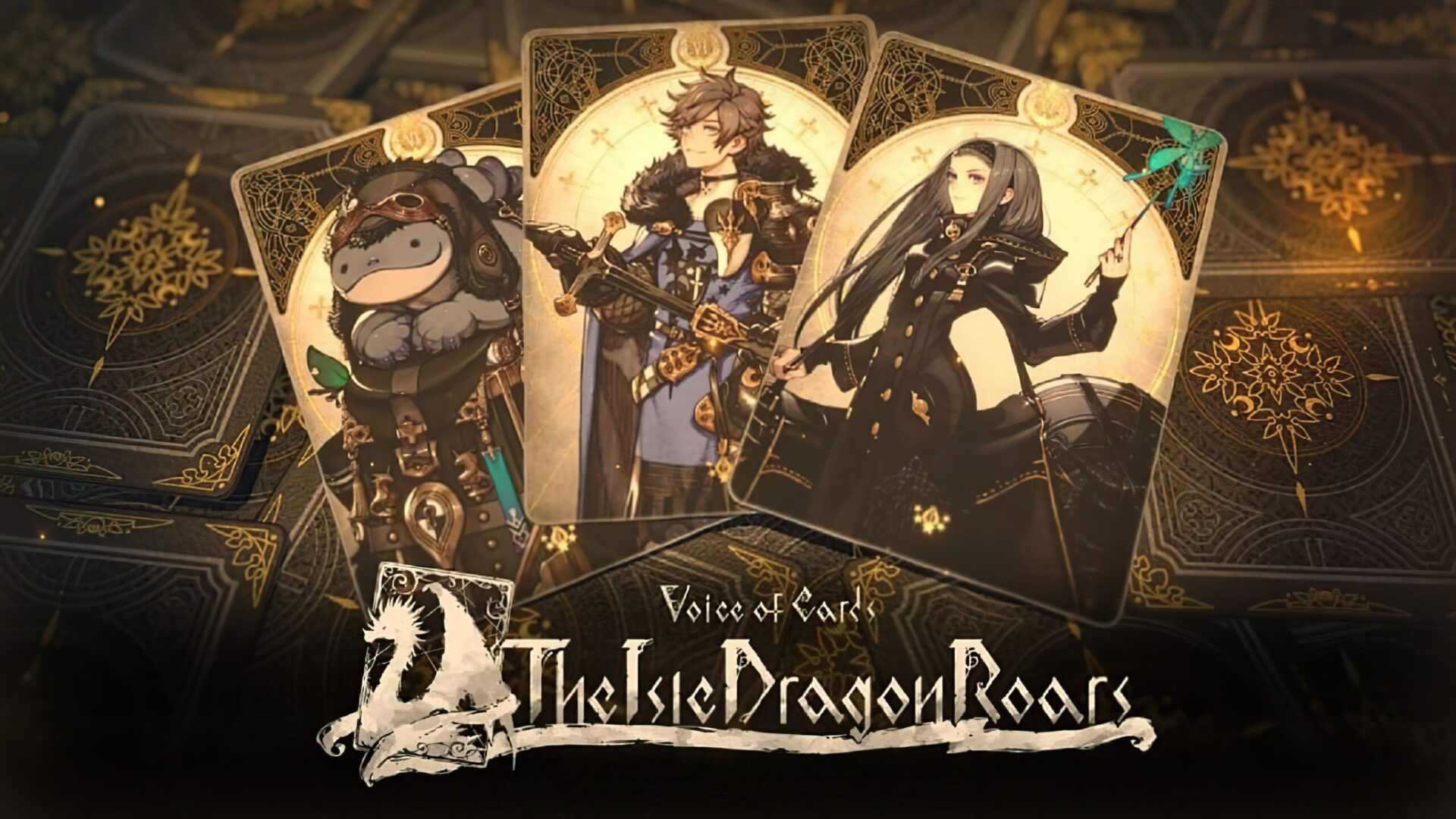 Voice of Cards: The Isle Dragon Roars is finally out today on PlayStation 4, Nintendo Switch and PC, and to celebrate, publisher Square Enix and developer Alim have released a fresh launch trailer to commemorate the card-based RPG’s launch.

Go ahead and check out the new video down below:

For those unaware, there are a few eye-catching details that stand out amongst the game’s credits. Namely, Nier and Drakengard‘s beloved creator-director Yoko Taro (who you may recognize thanks to his distinctive spherical smiling mask) is a co-director on the project, so his dark and unorthodox style should imbue the release with a unique spark.

Additionally, famous Japanese composer Keiichi Okabe, who is best-known for his work on Drakengard 3, Nier and Nier: Automata, is overseeing the musical score. Plus, veteran artist Kimihiko Fujisaka is leading up the artwork of the game.

Long story short, Voice of Cards: The Isle Dragon Roars is bursting at the seams with experience and talent, which’ll hopefully help to put the game’s best foot forward.

For more information, here’s a general overview courtesy of an official press release we received today:

In Voice of Cards: The Isle Dragon Roars, players will have the opportunity to explore a unique way of storytelling and expand their imaginations. Players will venture through a story set long ago in a world of swords and sorcery, as told by the narrative voice of the Game Master. Follow the protagonist as he sets off to slay a recently awakened Dragon in his pursuits to secure an immense reward. As he and his companions navigate through their adventure, players will participate in turn-based field and dungeon battles that unfold on a board, in the manner of traditional tabletop RPGs.

Starting today, fans can purchase a special bundle set, which includes the game, the Pixel Art Set DLC, and seven more DLC themed after NieR Replicant™ ver.1.22474487139…. The DLC included in the bundle set are also available to purchase individually.

Voice of Cards: The Isle Dragon Roars is out now for PlayStation 4, Nintendo Switch and PC.

Stay tuned for our review.