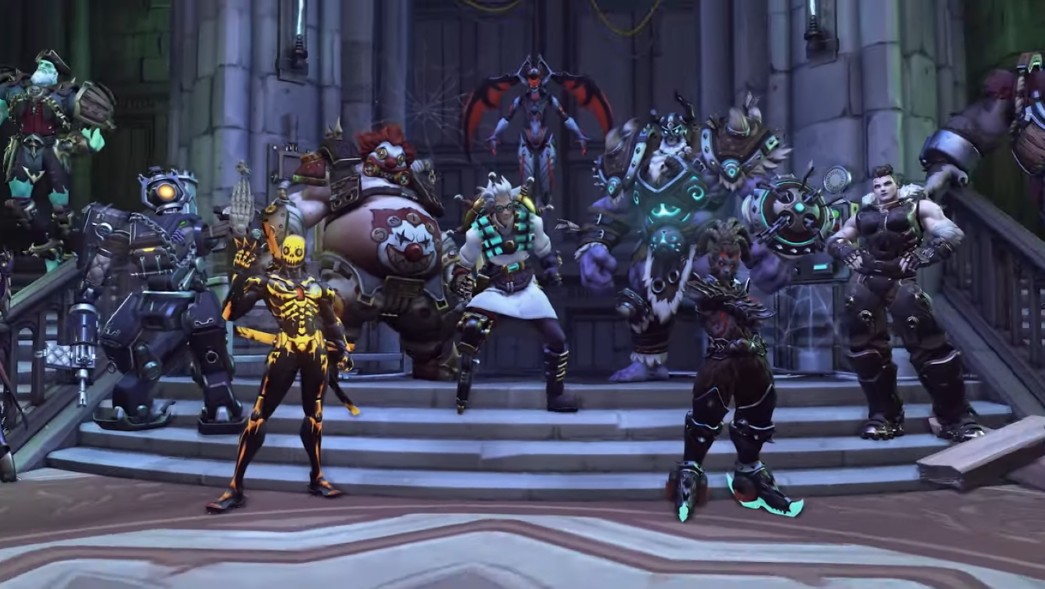 Today marks the start of another spooktacular Overwatch event, as Halloween Terror 2021 begins. Just like in previous years, the event will introduce brand new skins, icons, and sprays for players to unlock for all of their favorite characters.

Rewards will unlock after you play nine games, with a win counting as 2 games. The unlock tiers are as followed, with each week bringing new rewards.

Alongside these rewards, the Junkenstein’s Revenge game mode is also back, allowing you to team up with three other players to confront a host of haunting horrors, including Junkenstein and his mindless Zomnic horde, the dreadful Monster, the mysterious Summoner, the bloodthirsty Reaper, and the devious Witch of the Wilds.

An official description of this year’s festivities can be seen down below.

It’s time for another year of fear—Overwatch Halloween Terror is back! Celebrate this horrific holiday with weekly rewards and the return of Junkenstein’s Revenge. Play to earn Overwatch Halloween Terror Loot Boxes and unlock bewitching cosmetics so you can send your enemies to their graves as Coffin Bastion, bring the fright mid-flight as Vampire Bat Echo, raise the stakes as Vampire Hunter Brigitte, and more. With new loot to obtain each week, can you survive the tricks to earn your treats?

To see which Icons, Sprays, and Skins are up for grabs, head on over to Overwatch’s official website. Halloween Terror starts today and goes until Nov. 2, which should give you plenty of time to get some great treats. Be sure to let us know which of these amazing and spooky unlocks you hope to find in your goody basket when all is said and done