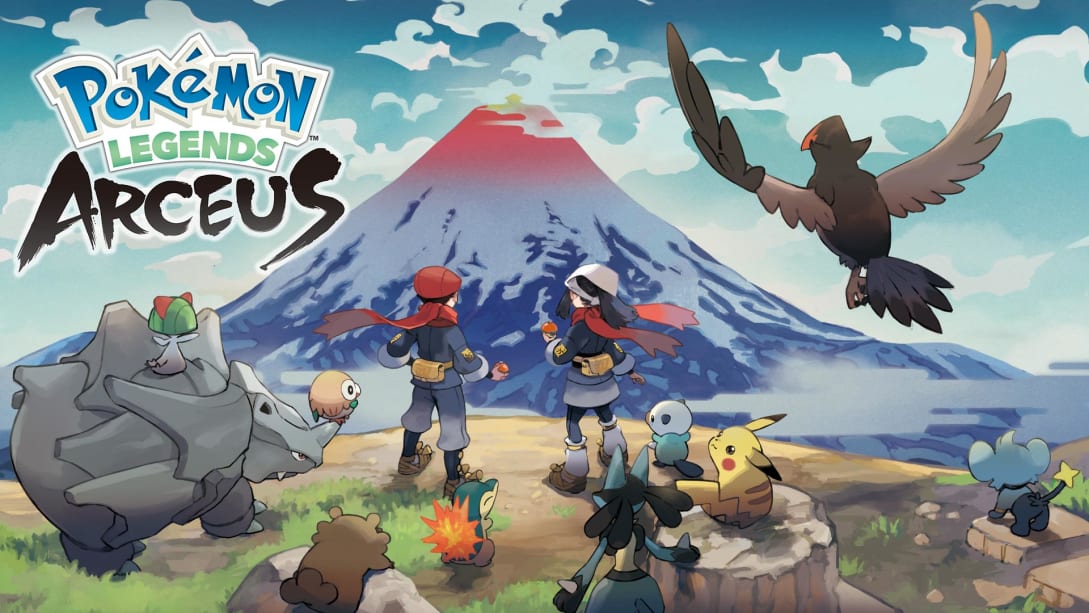 Today, the Pokemon Company released a video on their official YouTube channel for the upcoming game Pokemon Legends: Arceus, but it’s not a typical trailer. Instead, we see about two minutes of video footage found in Canalave Library mimicking a researcher discovering what seems to be a new Pokemon in the Hisui region.

The video purposely looks like old, poor quality taped footage, so it’s a bit hard to make out exactly what’s happening. However, thanks to the voice acting in the video, we can tell that the researcher is scaling a snowy mountain at 7:00 pm and spots an unfamiliar Pokemon.

The researcher’s voice is unintelligible at times due to the poor quality of the film as he tries to tell what kind of Pokemon he has discovered. He first mistakes it for a Growlithe or a Vulpix, but realizes it’s something different.

The mysterious Pokemon is described as having a red tipped tail, white fur on the top of its head and a fluffy neck with round, yellow eyes. He remarks how adorable it looks before screaming in fear, and the video cuts off. The last few seconds are just totally black footage.

The Pokemon Legends: Arceus teaser video ends without revealing what the Pokemon is or what the fate of the researcher is. It could be a Hisuian version of a Pokemon we already know, or perhaps it is a brand new Pokemon altogether.

If you want to watch the teaser footage in full, you can watch it below. Let us know if your best guess at what Pokemon this could be based on how it is described and the sounds from the video.

Pokemon Legends: Arceus releases early next year on Jan. 28, 2022 on the Nintendo Switch.