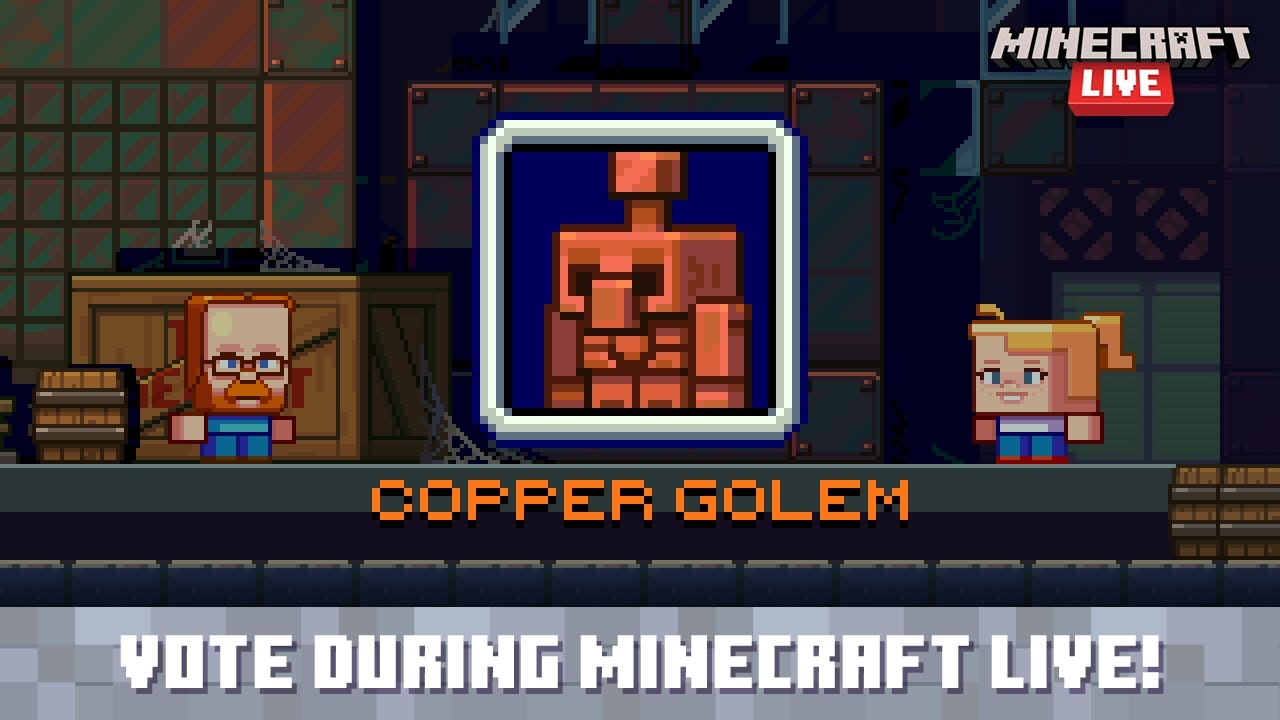 Mojang is continuing to release cute videos showing off mobs that may join Minecraft’s rich cast of critters.

This time around, we get to see the Copper Golem, a new golem the players can build that will age like copper and loves to randomly press copper buttons.

It isn’t yet confirmed as a new addition to the ultra-popular game. Players will be asked to vote on it alongside the previously revealed Allay & Glare during Minecraft Live, which will happen this week on October 16.

You can check out the Copper Golem below.

Minecraft Live is also likely to feature the second part of the Caves & Cliffs update, scheduled for the holiday season. Yet, we already know that we’ll also get a glimpse of what is supposed to come beyond, next year.