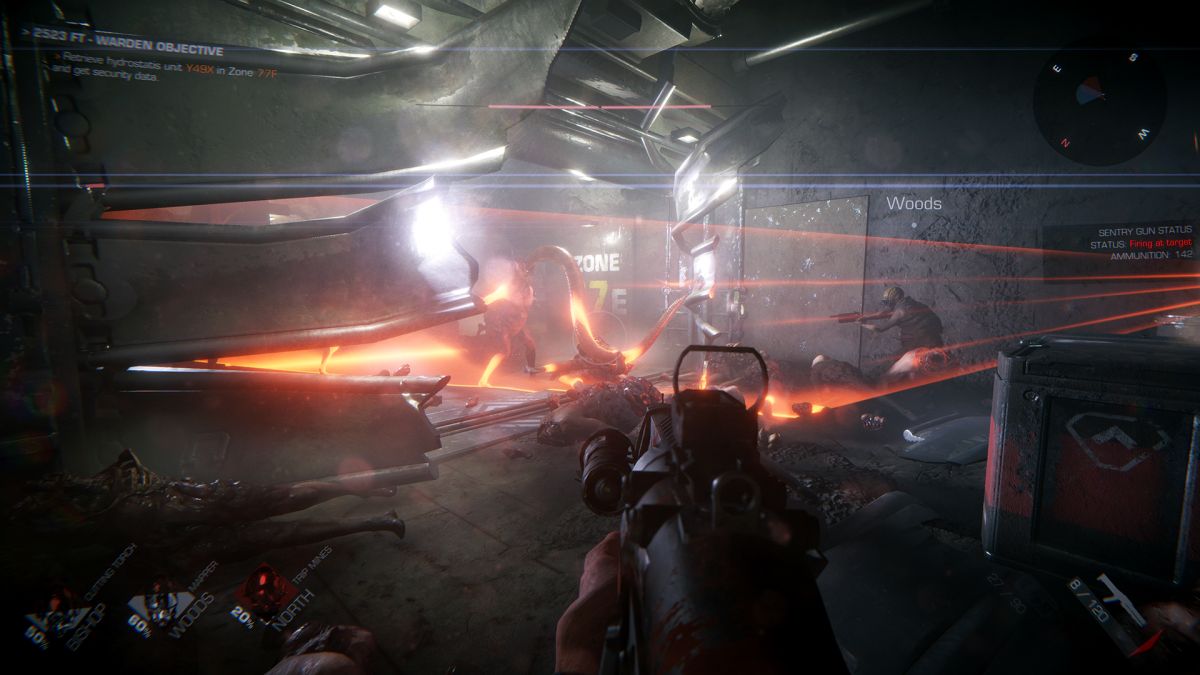 For the uninitiated, in GTFO, you play a team of prisoners whose survival relies on your ability to communicate, coordinate – and count your bullets. Imprisoned by a mysterious entity called “The Warden,” your resources are scarce, and the dangers down in the Complex many.

The game uses a unique content delivery system called “The Rundown” – the work order mandated by The Warden. These updates create new expeditions that override the old ones as The Warden sees they are no longer helpful. New challenges and objectives replace the previous set, so that way, every expedition has something unique to find. These are delivered as content packages to GTFO, and five Rundowns have been released to date.

GTFO has been in development for six years, with the last two in Early Access. Twinfinite previewed the game back in October of 2019 ahead of its launch in Early Access, and we were thoroughly impressed even despite some rough-around-the-edges matchmaking and limited content. Since then, the matchmaking has been resolved, and more importantly, and the aforementioned string of new content has added a huge amount of depth to the experience.

“During the Early Access phase, we have delivered a total of 50 expeditions in our five Rundowns, throwing a range of tough challenges to our community. There have been theories that this concept is something we’re just using during Early Access to try out different gameplay mechanics, but I am happy to say that the Rundown updates will continue with GTFO in Version 1.0”, says Simon Viklund, Narrative Director and Composer at 10 Chambers.

For Version 1.0, besides new environments, communication tools, and new weapons – there are improvements to the rendering, a new animation system, improved match-making, and lots more

“With the success of GTFO’s Early Access launch, we’ve been able to grow our development team and give each part of the game the focus it deserves. The game will have a very noticeable transition from Early Access to Version 1.0, richer in content, but also the quality of life down in the Complex – stuff like better glass rendering, new third person animations, a handy communication wheel, and weapons that move more realistically. Small stuff, but when you add it all up – and it’s a lot of stuff, it gives you an even better experience of the game”, says Ulf Andersson, CEO at 10 Chambers.

“We have consistently communicated that we will increase the price for Version 1.0, as we think it’s reasonable that you pay less for a game while it’s still in Early Access development. The new price will be $39,99 in the US, and the Rundown updates will keep dropping as a Version 1.0 game. The price increase will happen on November 1st, several weeks before the Version 1.0 launch, to keep the authorities happy. If you want to grab GTFO on a deal, keep an eye out for a final sale before the increase”, says Robin Björkell, Communications Director at 10 Chambers.

As a sneak peek of what’s to come in the game’s full version, some of the new technical improvements to the game can be seen in the below images: