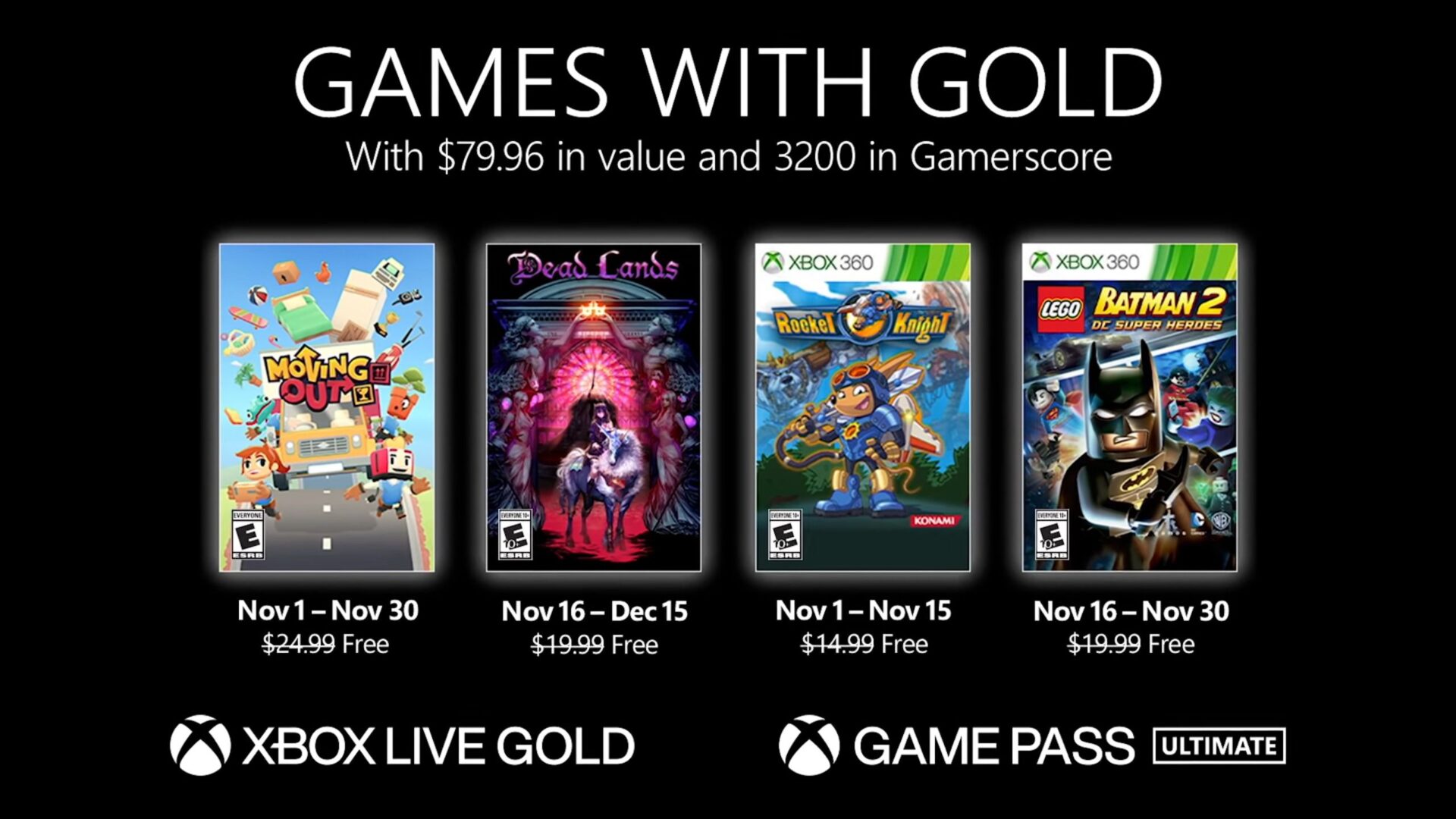 Today Microsoft revealed the new games that will be granted in November 2021 to Xbox Live Gold. subscribers at no additional cost.

If you’re not familiar with the games, below you can enjoy a trailer and an official description for all:

Moving Out
Begin your career as a Furniture Arrangement and Relocation Technician (F.A.R.T.)! No task is too dangerous for your company, Smooth Moves, as you attempt to save the town from furniture peril. Play solo or with up to four friends in this ridiculous physics-based moving simulator.

Kingdom Two Crowns
Build your kingdom and explore new lands in Kingdom Two Crowns. Play the role of a monarch atop their trusty steed and protect your realm from the forces of the Greed. You’ll enjoy exploring medieval lands, dark realms, and feudal Japan in a beautiful, pixel-art setting with micro-strategy elements.

Rocket Knight
The fan favorite hero from the classic Sega-era Sparkster series comes home after 15 years to find the kingdom of Zephyrus in shambles. Use your wits and trusty rocket pack to defeat the menacing wolf army threatening his people.

Lego Batman 2 DC Super Heroes
Don your cape and cowl and join the Dynamic Duo and other famous superheroes, including Superman, Wonder Woman, and more, and save the citizens of Gotham from the Joker and Lex Luthor.

Incidentally, you still have time to grab some of the titles of this month’s Games with Gold lineup before they are removed from the service.