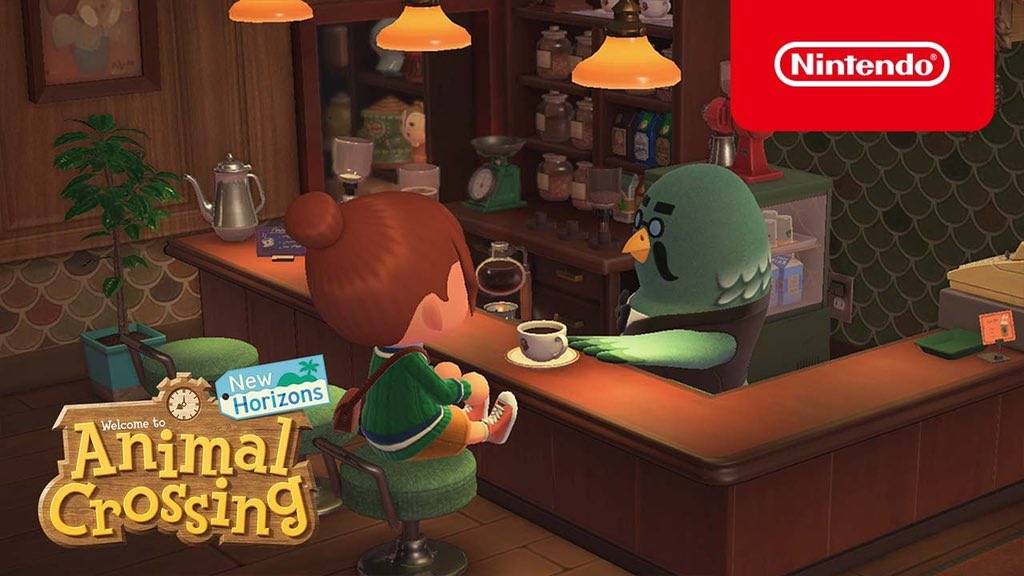 First, Brewster will be opening up the Roost cafe in the museum. For 200 bells, you can order a cup of coffee and have other island residents like Isabelle join you. You can also use amiibo to invite specific characters, like the Able sisters, who may bring some company with them. Other players can also join you online.

Next, Kapp’n will come to your island via the pier, and for 1,000 Nook Miles, will take you to mysterious islands that may have rare materials. They might also be a different season or time of day as your own island. Of course, Kapp’n will sing his famous sea shanties during the trip.

Other fan favorite characters will be making a return as well through Harv’s island renovation.

Harriet is back to give you 11 new hairstyles. Sahara and Kicks can set up their very own shops on Harv’s island, offering a greater selection. Reece and Cyrus are back to help customize some of your items in new ways. Katrina will be there to reveal your fortune for the day. Even Tortimer, the mayor from the first Animal Crossing game, will make an appearance.

Beyond the familiar faces, lots of other new content will be coming to the game.

Group stretching will be possible at the plaza. You can use button or motion controls to follow along with a group of your villagers in a workout routine. You can also invite friends from online to join you.

Town ordinances from New Leaf are making a return. You can change some rules about your island, such as opening shops at earlier or later hours.

Tom Nook will offer more exterior options for your home, and will give you three more storage expansions, bringing your maximum storage total from 2,400 to 5,000 items.

There will be more uses for Nook Miles in the form of cooking. You can plant crops like tomatoes, wheat, sugar cane, potatoes, carrots, and more to make into a recipe for a meal to eat or gift.

Lighting and ceiling decor can be added to rooms in your house, and you can give your home’s walls accent designs.

The maximum number of bridges you can build on your island has increased from 8 to 10, and you can use a ladder kit to add permanent ladders to the ridges on your island similar to slopes. Nine new fence styles will be added, and you’ll be able to customize many fences to be a different color.

The camera app is getting an update so that you can take photos in first person mode and tripod mode to allow for more creative pictures.

11 new hairstyles will be added, including the ones that Harriet will give you, as well as 11 new reactions to learn.

A new Nook Phone app called Island Life 101 will be added that offers new furniture to be bought with Nook Miles. When your pockets become full, the items will be sent to a storage shed that can be placed anywhere on your island.

12 more KK Slider songs will be added, and you can acquire a music box item that plays his songs.

Gyroids are also back. You can find them buried in the ground. They can be planted and regrown to a large variety of styles that make interesting sounds.

Finally, villagers will have more dynamic interactions; they may invite you over to visit their home and also make surprise visits to yours.

This is the last major free content update coming to Animal Crossing New Horizons, but that’s not all that was shown in the Direct. Paid DLC with additional content will also be coming to the game on the same day.

This free content update will release on Nov. 5. You can watch the entirety of the direct and what was shown below.