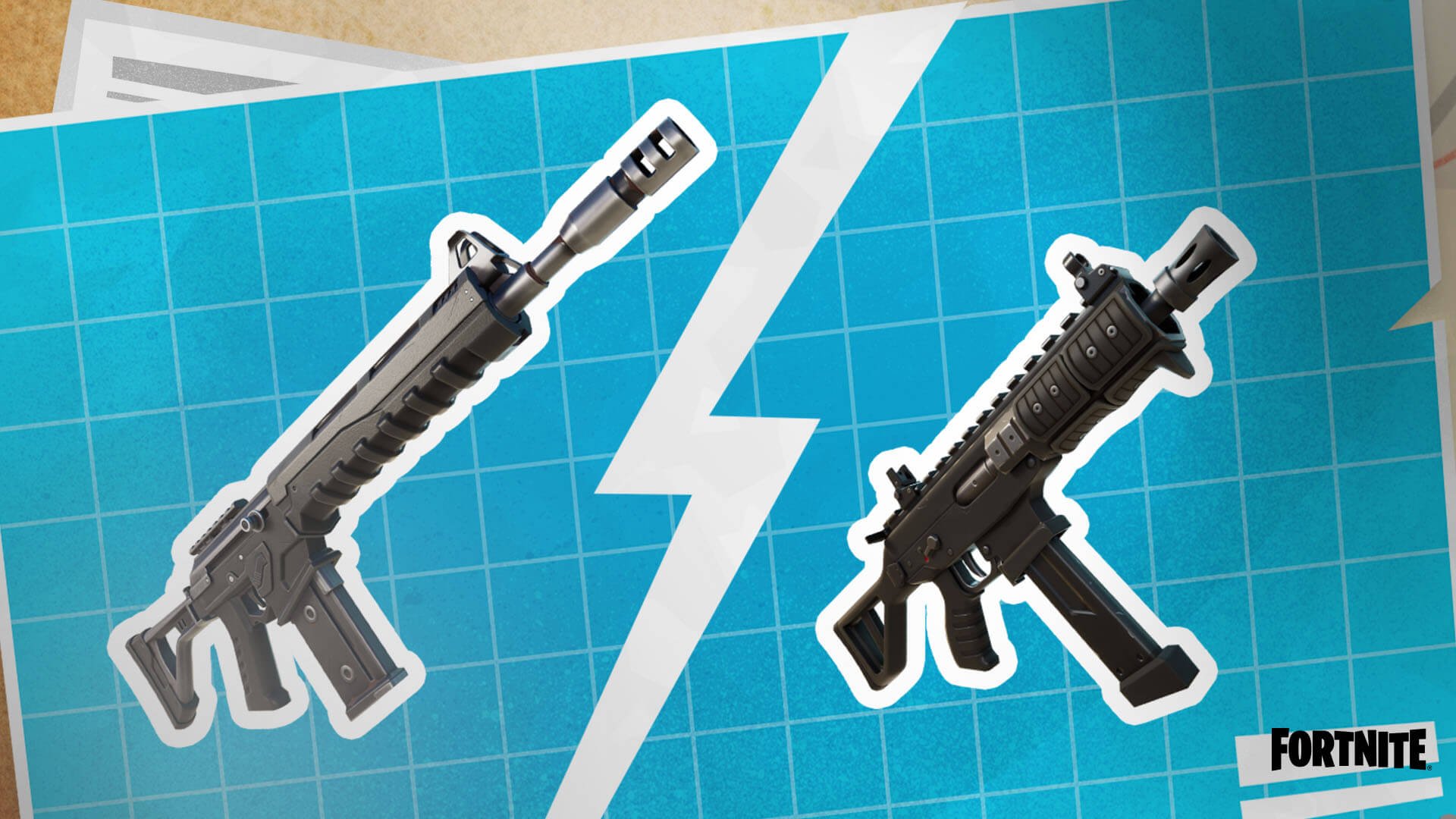 Alongside a slew of new cosmetics and Fortnitemares content to celebrate Halloween on the Battle Royale island, the Fortnite 18.20 update also pits two new weapons in the War Effort, the Combat Assault Rifle and Combat SMG.

For those not in the loop on War Efforts, players can donate Gold Bars at War Effort boards around the island to support one weapon over the other. First, players funded Turret Stations in different locations, and then they funded the Shockwave Launcher over Rift-To-Gos. This time around, they’ve got to choose between the Combat Assault Rifle and Combat SMG, as outlined in a blog post over on the Epic website.

Whichever of the two weapons reaches 100% funded first will be made available on the island once again. The victor will be found as floor loot and will be obtained from Chests and Supply Drops, too.

The ‘Combat’ variants of weapons have a tighter bullet spread and exceptional power, making them formidable from range, if you can tame the recoil that is.

Alongside the new War Effort, Fortnite 18.20 also increases the amount of XP rewarded by Shared Quests. Epic Games handily outlined the increase for each rarity level of quest in a table, which we’ve included below:

Epic also shared that it’ll be adding more Quests to the Daily and Weekly Punchcard in the next game update, likely coming in a couple of week’s time.

Outside of these headline tweaks in Fortnite 18.20, popular dataminer iFireMonkey over on Twitter also shared a number cosmetics that had been updated or added for the Item Shop in 18.20, shown below.

Starting now in the NA-East server region, players can also select to ‘Stay with Squad’ with their “Fill” team when playing with strangers, so they can play another match together if they found a particularly good group. This feature is enabled for Duos, Trios and Squads modes.

Finally, Epic has tweaked the ‘Return Requests’ system. When players use a Return Request, it will now refresh 365 days following the most recent Return Request that was refreshed (up to a maximum of 3 Return Requests). This only applies for items purchased with V-Bucks within the last 30 days, as has always been the case.

What do you make of the Fortnite 18.20 update? Share your thoughts in the comments below.