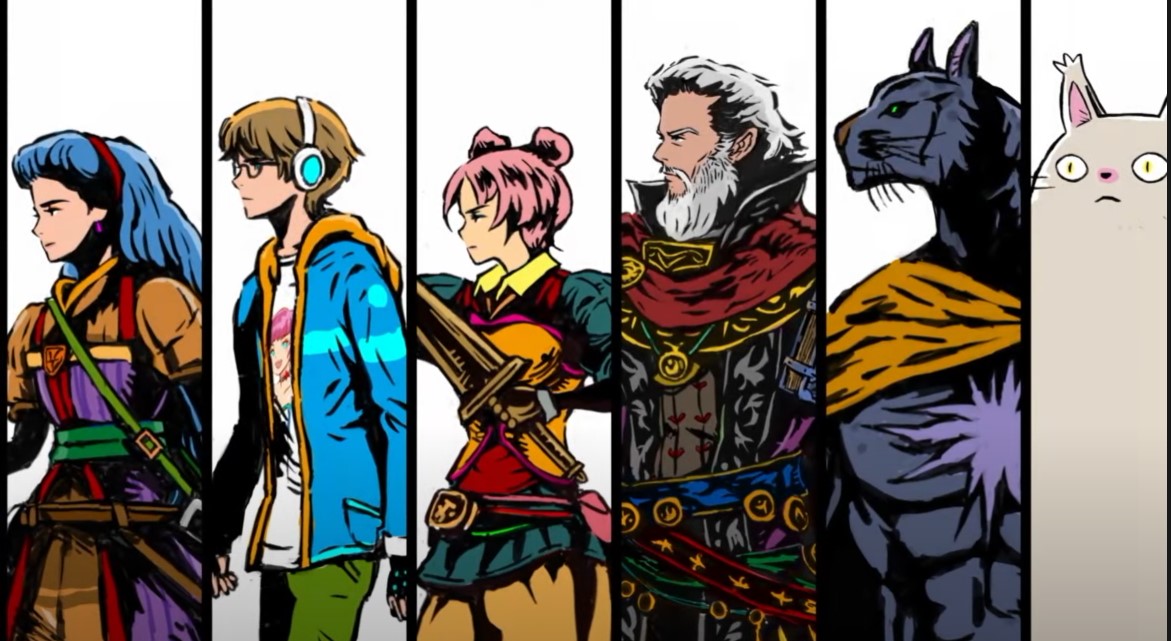 Earlier today during the Square Enix Presents Tokyo Game Show 2021 stream, the dungeon-crawling title Dungeon Encounters was revealed. This is the first game that Director Hiroyuki Ito (FFVI, IX, XII) will be heading up in quite a few years.

Dungeon Encounters appears to have a fairly simplistic aesthetic with a flat, almost textureless ground that a 3D character moves through. Each square space in a dungeon is blank until the player character takes a step there and then it fills in the space.

Besides just moving in straight lines, it looks like there will also be abilities in Dungeon Encounters that let your character move to nearby paths that are adjacent or on a diagonal. But there are plenty of pitfalls and enemies to get in the way while traversing the dungeons.

The battle system appears to be straightforward. On either side of the screen, there are portraits of your party and enemies. In the display, you can see levels and HP meters, but there are no animated enemies or characters. The only battle animations are from attacks by you or your enemies.

Throughout the trailer, there were multiple classical music arrangements played on electric guitar. However, there’s no indication that any of the music in the trailer will be in the game at all.

And if you just can’t get enough new Square Enix game trailers and reveals, then check out the full stream below.