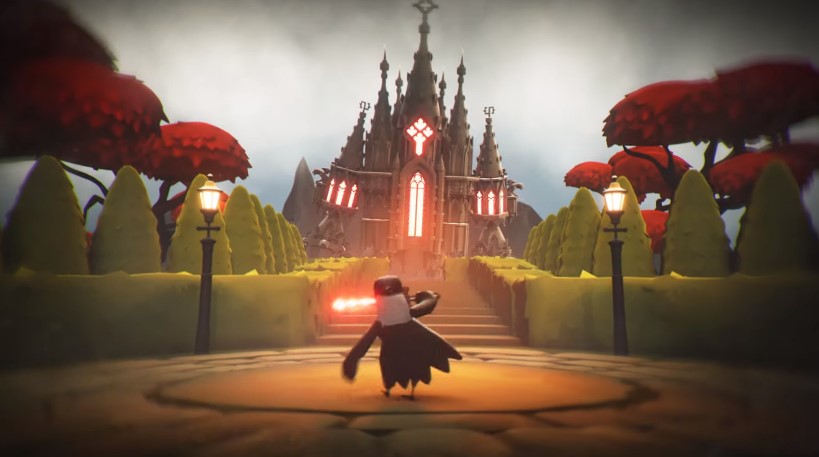 Earlier today during the latest State of Play livestream, a new trailer for Death’s Door revealed that the former Xbox-exclusive game will be coming to PS4 and PS5 on Nov. 23. The title will also be released on Nintendo Switch the same day.

Death’s Door is an isometric action RPG that originally launched earlier this year on Xbox consoles and PC via developer Acid Nerve and publisher Devolver Digital.

The Death’s Door trailer from today’s State of Play livestream shows off the game’s unmistakable visual style along with a handful of gameplay clips captured on the PS5. There are also a few non-gameplay clips, but most of the 53-second-long trailer featured high-action gameplay alongside a few environmental puzzles.

To learn more about Death’s Door, you can check out our review of the game or the official website. The press release for the new platform reveals also details the content of Death’s Door:

Death’s Door thrusts players into a quirky and curious world where Crows are in charge of collecting the souls of the dead. Reaping souls and punching a clock might get monotonous, but it’s honest work for a Crow. The job gets lively when your assigned soul is stolen and you must track down a desperate thief to a realm untouched by death – where creatures grow far past their expiry and overflow with greed and power.

Venturing forth from the Hall of Doors, explore a land full of twisted inhabitants and countless secrets, bringing hope to the weird and wonderful characters you’ll meet along the way. Wield and upgrade melee weapons, arrows and magic as you track down and defeat colossal tyrants with stories and motivations of their own.

While you’re here, don’t forget to check out the official reveal trailer for Death’s Door on PS4, PS5, and Nintendo Switch down below.

And if you’re a big PlayStation fan, then you’ll want to check out the rest of the trailers that debuted during the State of Play livestream down below.