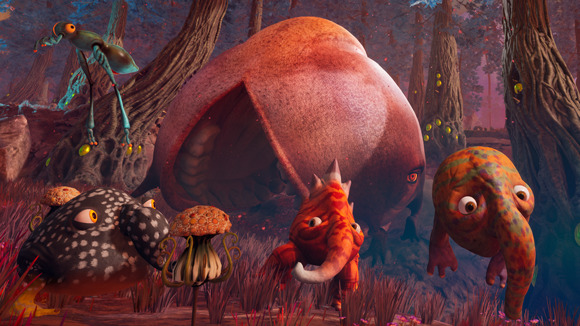 Developed by ACE Team and Good Shepherd Entertainment, The Eternal Cylinder is a brand new adventure game that’s set to be released for PC and consoles at the end of the month. Taking control of a weird looking monster that’s able to adapt and evolve into any form it wants, you’re tasked with exploring an alien world while trying to escape a cylinder of death.

If it sounds weird, that’s because it probably is. You can check out the release date trailer down below:

Here’s a brief synopsis and rundown of the game itself:

“The Eternal Cylinder gives you a herd of adorably strange creatures called Trebhums to control on a surreal alien world where all life must face the threat of… the Cylinder, a gargantuan rolling structure of ancient origin which crushes everything in its path! In this massive world with real-time environmental destruction, you’ll discover numerous unforgettable biomes, deadly predators, and organic exploration puzzles and challenges.
Your Trebhums start their journey at the bottom of the food chain, but they have the extraordinary ability to spontaneously evolve. They can eat a variety of flora and fauna to evolve with dozens of new attributes and abilities to overcome obstacles and escape danger. These mutations stack, allowing your herd to grow with a range of emergent skill combos and creature designs for different gameplay opportunities.”

The Eternal Cylinder is set to be released for PC and consoles on Sept. 30.