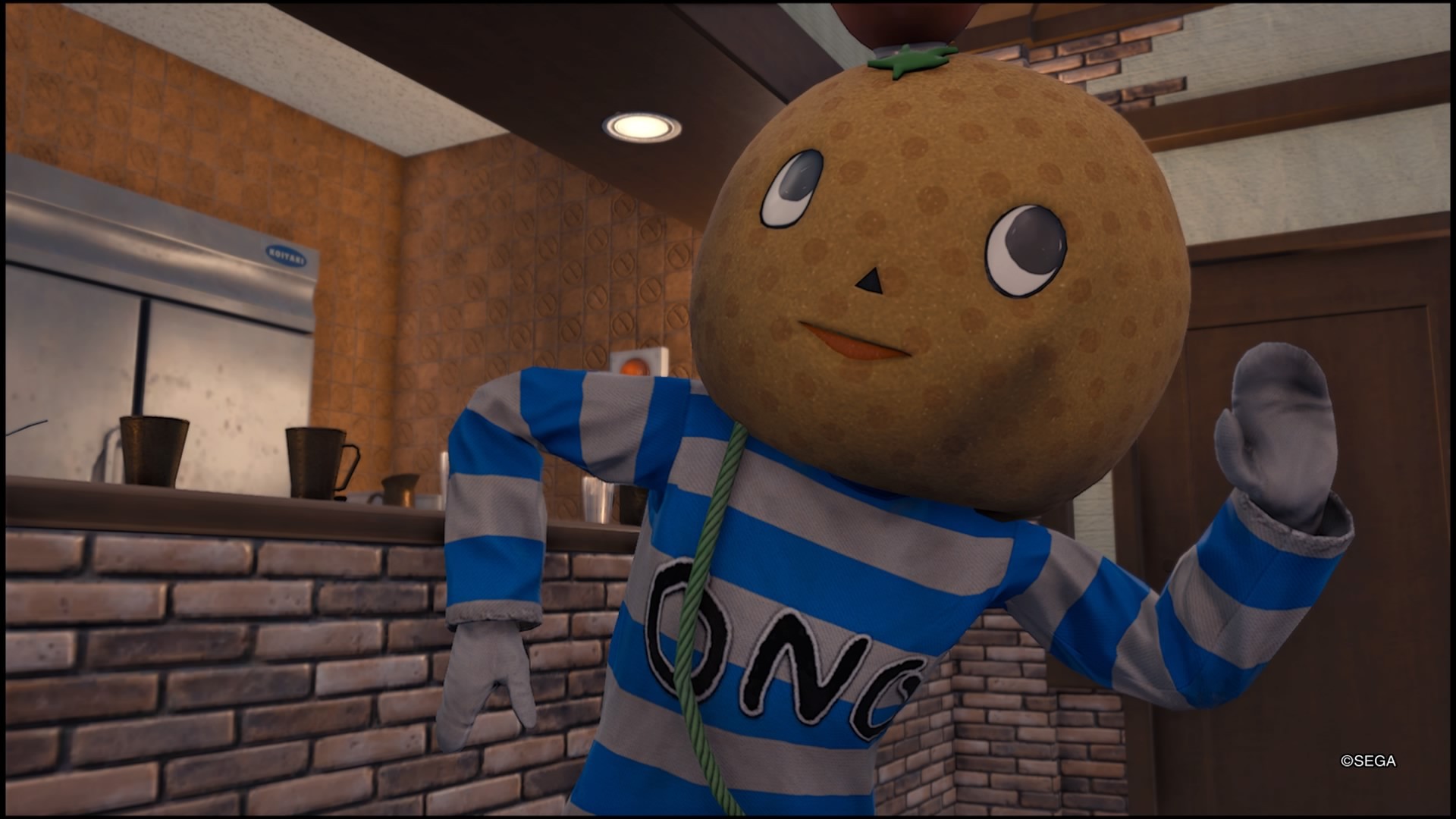 In Lost Judgment, lawyer turned detective Takayuki Yagami will take on just about any case he can get his hands on, including everything from corporate espionage to hunting UFOs. One such side case he comes upon in the game in Kamurocho sees him trying to stop a robbery. Here is everything you need to know about how to complete The Cafe Robber side case in Lost Judgment.

At one point while exploring Kamurocho in Lost Judgment, an unnamed blue case file will pop up on the map on Tenkaichi street. When Yagami walks by, he hears what he assumes is a robbery in progress. It isn’t long till it is revealed that they were actually just shooting a movie.

After this scene occurs, two new keywords will be added to Yagami’s Buzz Research phone app. Open it and search the keyword Office Alone 4. Click on either of the chats and head over to the waypoint.

Once there, open Buzz Researcher and search the keyword Robbery. Even though you’re already there, click on the keyword to set a waypoint and Yagami will make a comment about the scene already being shot. A case file will now appear on the screen in your location.

Go to the case file’s location on the map and you’ll once again overhear a robbery occurring that is fishy to Yagami. Press R3 to observe the storefront and examine the “closed due to filming” sign on the door. Examine back that says SOS, meaning this is indeed a real robbery.

Pick the lock, head inside, and you’ll see a robber holding people at knife-point. Yagami notes that he needs to find a disguise to help him get closer to the robbery without being seen.

You’ll get a choice between the Ono Michio outfit, a box, and a barrel, though the barrel is too big to move. Hide in the box Metal Gear Solid style and head out. The robber will write it off as just a box. He figures out you’re in the box eventually but you get the bystanders out of the way while doing this, allowing you to fight the unsavory man one on one. You’ll have to chase him after defeating him because the woman is working with the robber.

It is also worth noting that putting on the Ono Michio outfit and sneaking in does result in a hilarious cutscene, though you’ll be sent back to where you were before as it doesn’t work well as a distraction.

That is everything you need to know about how to complete The Cafe Robber side case in Lost Judgment. If you’re still on the hunt for more info about the game, be sure to check out all of the other tips, tricks, and breakdowns related to a variety of helpful topics by searching the game’s guide wiki.

There should also be some related content down below that you may find helpful, as well as some other Lost Judgment-based news. For any questions you can’t find the answer to, always feel free to reach out to us in the comment section below and we’ll do our best to help.