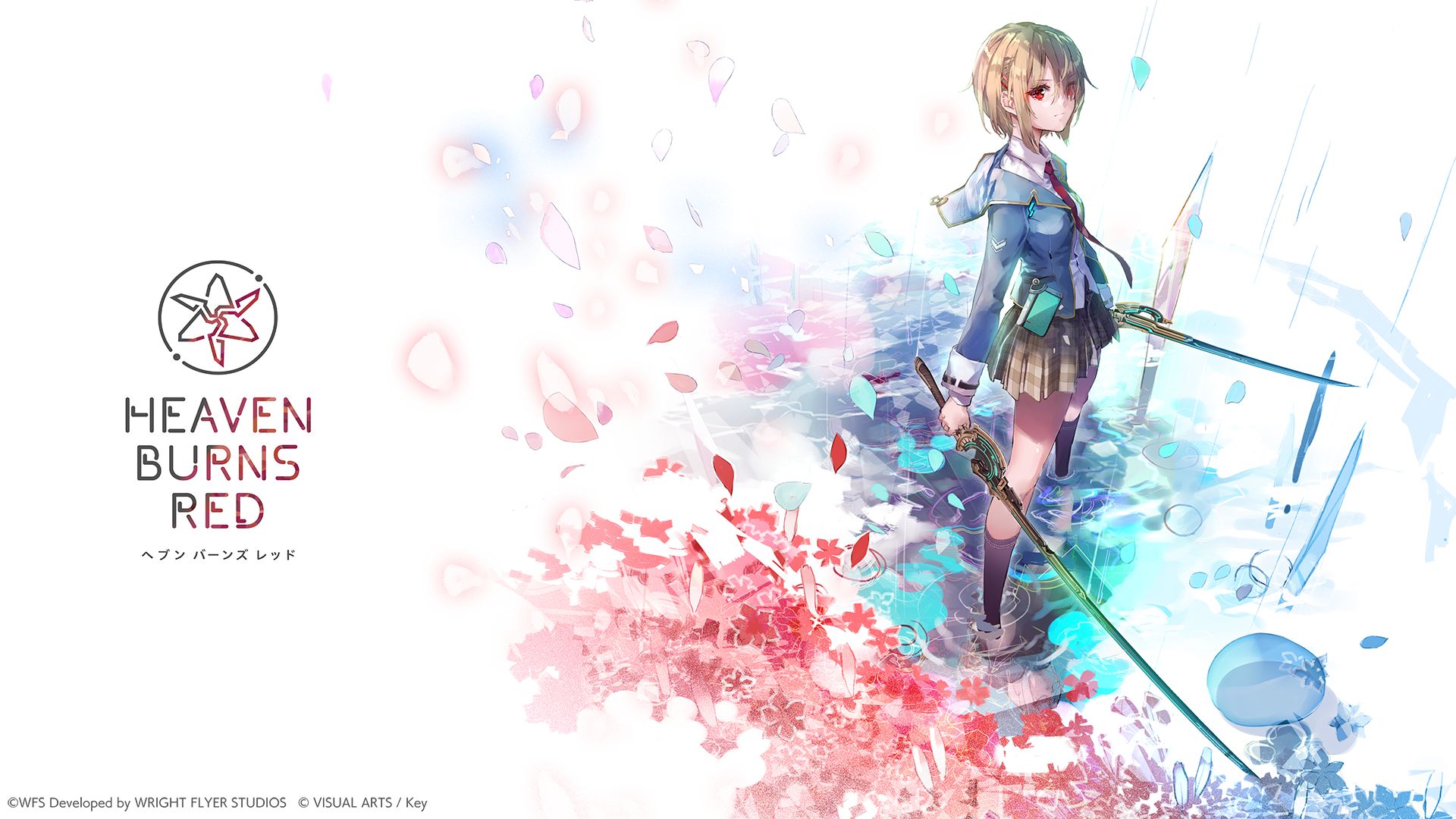 Today Japanese developers Wright Flyer Studios and Key hosted a livestream to reveal Heaven Burns Red, which has been teased for a while.

The game is a mobile turn-based JRPG set in a post-apocalyptic world where a mysterious life form named Cancer has nearly conquered the whole Earth since no normal weapon could damage them.

When humanity finally develops a new weapon called Seraph, able to damage the Cancer, they form the Seraph Unit, including all of the individuals able to use the weapon. The one thing they have in common is that they’re all girls.

If you’re unfamiliar with Wright Flyer Studios, it’s the developer behind Another Eden: The Cat Beyond Time and Space.

Key should be familiar to most who love visual novels, as they have created classics like Air, Kanon, Clannad, and many more. Heavens Burn Red is written directly by Key co-founder Jun Maeda, who has worked on the studio’s most successful visual novels, including the ones mentioned above.

The game is coming in 2021 at least in Japan for iOS and Android, and it mixes slice of life gameplay with turn-based battles. Pre-registrations already started in Japan.

Below you can check out a series of trailers for the game as a whole and each of the protagonists, on top of the first gameplay.