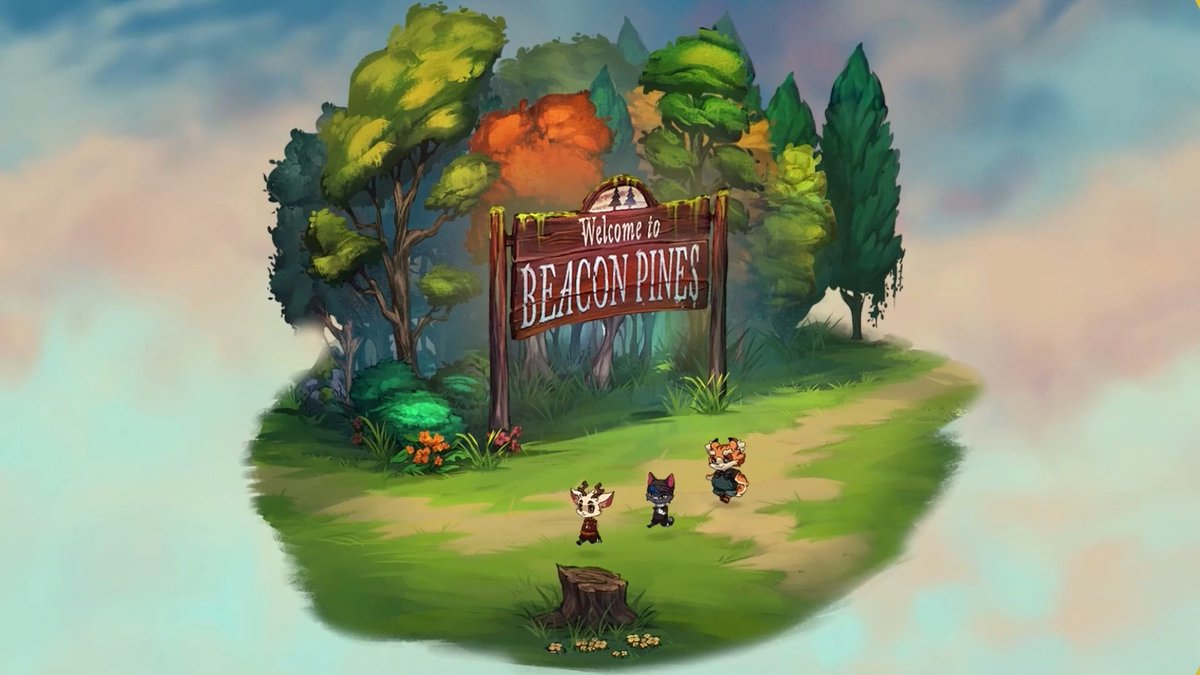 As part of this week’s Indie House Direct, US-based indie developer Hiding Spot Games has announced that their charming and cutesy storybook adventure title, Beacon Pines, will be heading to Nintendo Switch and PC in the “first half of 2022.”

Beacon Pines is a narrative-focused experience that blends the vibe and tone of Stranger Things, Undertale and Winnie The Pooh, and moulds it into an eerie tale centered around a perplexing smalltown mystery. The game recently smashed its $30,000 Kickstarter goal. As it stands, Beacon Pines has managed to net $84,548 from 2,782 backers. Not too shabby, eh?

In addition to the newly confirmed release window, the title has officially signed to indie publisher Fellow Traveller Games.

For those unfamiliar with the game, feel free to check out Beacon Pines’ announcement trailer from earlier this year down below:

Clearly, Beacon Pines boasts a wonderfully distinct art-style and some really creative storybook gameplay. As the book’s reader, you’ll get to play a big role in how the mystery ultimately unravels.

For more information, here’s the rundown courtesy of the game’s recent press release:

Beacon Pines is a cute and creepy storybook adventure game that’s like “Winnie-the-Pooh” meets “Stranger Things”. In it you play as both the book’s reader and its main character, a young boy probing mysterious events in his hometown. Along the way you’ll find charms inscribed with new words that let you rewrite past events, leading to entire new timelines to explore.

– Change past events by turning back the storybook, uncovering new branches

– Coming to PC and Nintendo Switch in 2022!! (more platforms possible)

– Made by Hiding Spot Games, a three-person dev team