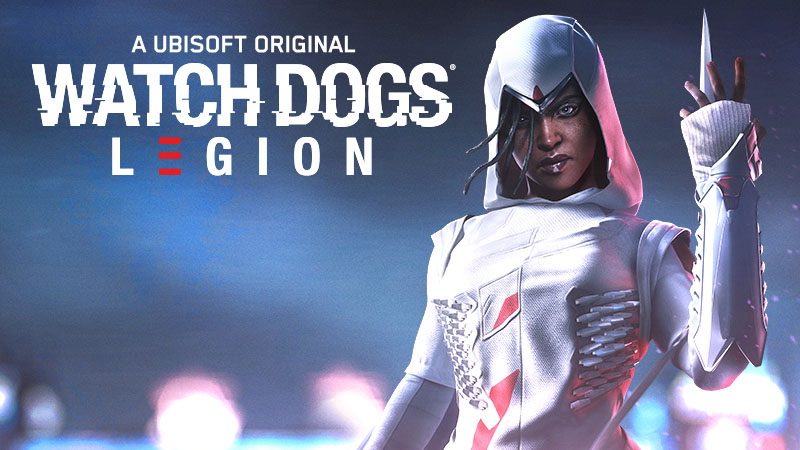 Meet Darcy, a modern-day assassin that you’ll be able to play on Ubisoft’s London-based open-world game. Apparently, an update will also bring two story missions and more world missions for free to all existing players.

“Discover Darcy, a member of the Assassin’s Brotherhood, available as a new playable character for Season Pass owners.

Play with the futuristic assassin in the Main game or Online and bring her signature hidden blade in the ultimate stealth-based Watch Dogs: Legion experience.

New content is also coming for free for all players, with 2 Story Missions as well as world missions.”

Watch Dogs: Legion is currently available for PS5, Xbox Series X|S, PS4, Xbox One, and PC. If you’re unfamiliar with the game, you can read an official description below. You can also take a look at the previous DLC, Bloodline.

“In the near future, London is facing its downfall: the people are being oppressed by an all-seeing surveillance state, private militaries control the streets, and a powerful crime syndicate is preying on the vulnerable. The fate of London lies with you, and your ability to recruit a resistance and fight back.

Unlock unique perks to personalize each member of your Legion according to your playstyle. Level-up each character within classes such as Hacker, Infiltrator, and Assault. Customize them further with unique outfits and iconic masks.”