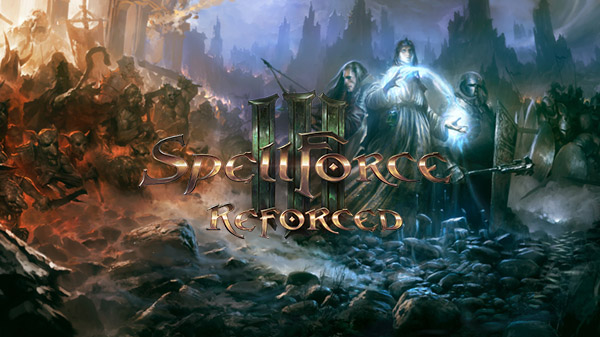 Spellforce III is being re-released for consoles later this year, Dec. 7, bringing the unique RTS/RPG hybrid to PlayStation and Xbox platforms for the first time. The new Reforced edition of the game will also be available for PC players, and those who already own the game can look forward to a free update.

Additionally to the SpellForce III Reforced base game, both expansions on the same date. “Soul Harvest” and “Fallen God” can be purchased separately for $19.99, or together along with the main game for $59.99.

Today’s press release doesn’t elaborate on the details of the new edition, but presumably, it’s to feature some form of enhanced graphics and quality of life improvements over the original. What we did get is a new cinematic trailer to hype the arrival of the new version, which you can check out below.

For those who aren’t familiar with Spellforce III, it is unique for its hybridization of RTS and RPG genres. You can check out the story synopsis and key features below.

SpellForce III Reforced is a unique mix of an epic RPG storyline blended with accessible real-time strategy elements, designed to offer a riveting console experience to fans and newcomers alike.

It is the year 518. The rebellion of the renegade mages, known as the Mage Wars, has been quashed by the Crown. However, it was a Pyrrhic victory: Whole regions have fallen into anarchy, refugees roam the lands in search of shelter, and a mysterious, deadly plague called the “Bloodburn” has arisen and is spreading rapidly.