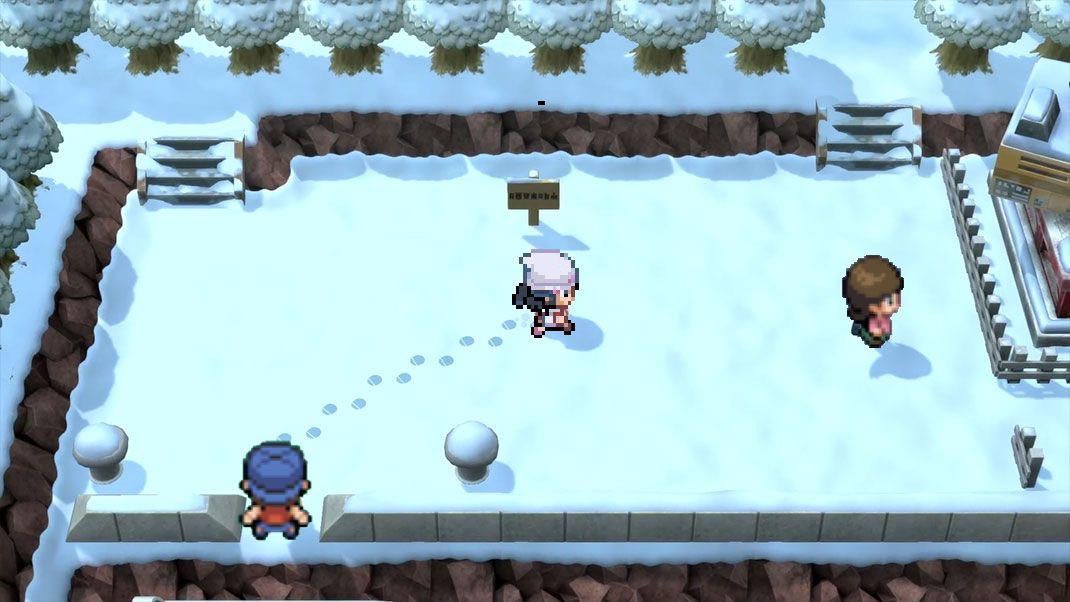 There is no doubt that every Pokemon fan on the planet is excited for this November, as it spells the Pokemon Brilliant Diamond and Shining Pearl. With these new remakes come plenty of impressive upgrades, including modern character models and overworlds.

Despite how good the new graphics do look, though, it’s hard not to feel a tinge of nostalgia for the old-school sprites from the original games as well. Well, one Redditor couldn’t help but agree, so they did something about it.

As you can see in the post above, Gedgenator showed what it would look like if the models from Pokemon Brilliant Diamond and Shining Pearl were replaced with the original game’s sprites. As you can see, the combination of the older character designs and the new environments actually look really cool together.

In the comments section, a few users suggested that it would be awesome if Pokemon Brilliant Diamond and Shining Pearl could have a toggle that lets you swap between the models and pixels, similar to how it was done in Halo: Combat Evolved Anniversary.

What do you think of this mashup? Would you play Pokemon Brilliant Diamond and Shining Pearl if it had sprites instead of models in it? Let us know in the comments section below.

While you’re here, be sure to check out all of the other Pokemon-related content we’ve got for you below. That includes articles on five new features Pokemon Legends: Arceus needs to evolve the series or these crazy Hyrulean Pokemon crossover concepts. We’ve also got plenty of other Nintendo stuff, including stories about Zelda, Mario, Monster Hunter and so much more.