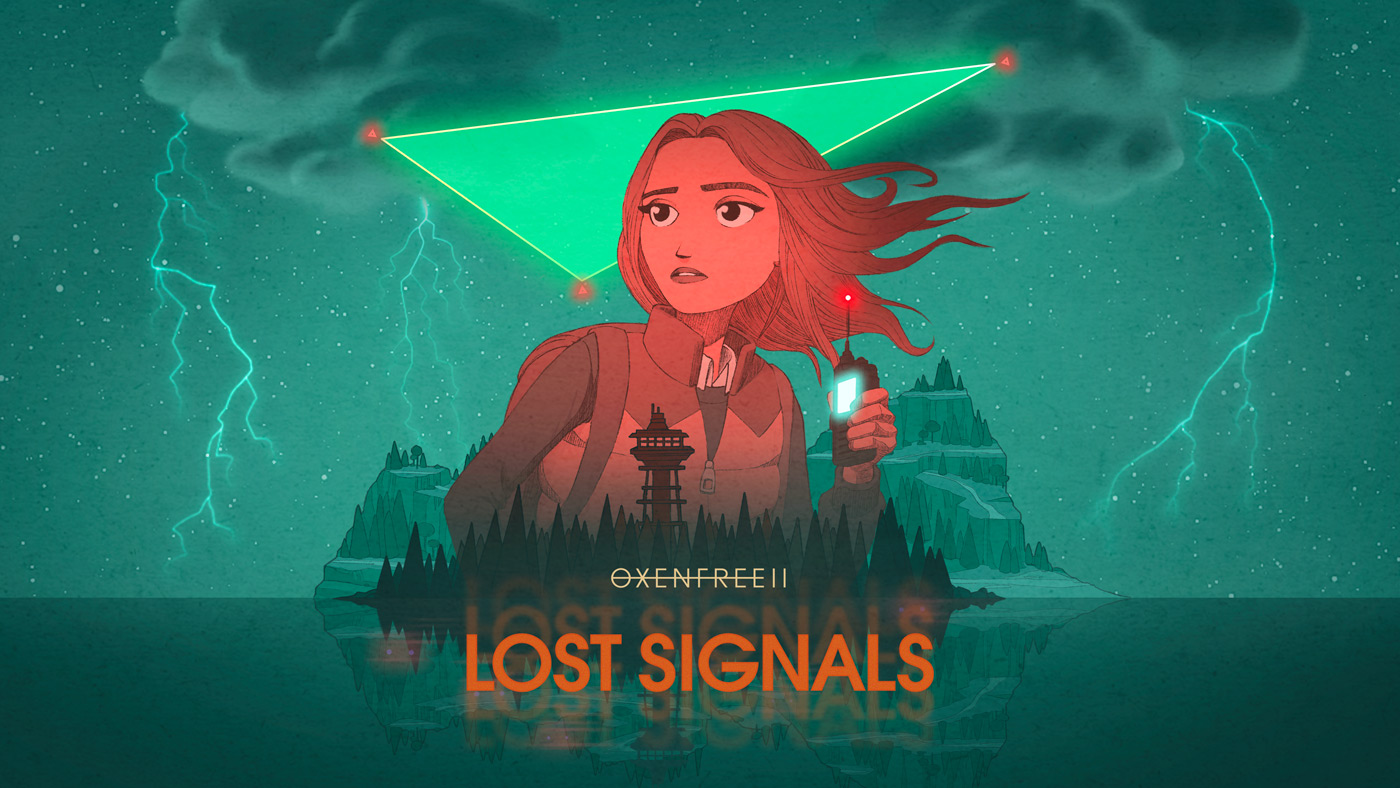 Oxenfree II: Lost Signals is a follow-up to Night School Studio’s indie hit, and it got announced a few months back. The game has just been confirmed for a PS4 and PS5 release as well, via the PlayStation Blog, and we’ve also gotten some more details and screenshots for the game.

Lead Writer Adam Hines took to the PS Blog to reveal more information about the new protagonist Riley, along with her background and motivations.

“In Oxenfree, our characters were just finishing high school, and entering that period of time in their lives when they get to decide who they really want to be. Riley had that moment long ago, and is now grappling with the repercussions of post-adolescence. Were the choices she made the right ones for her? Is she who she really wants to be?

Born and raised in Camena to a veteran father and an absent mother, Riley moved away at the first opportunity, bouncing around between cities and jobs in an attempt to conjure up some direction in her life. Now, a recent change has pushed her to return to her old hometown, to take an entry-level job as an environmental researcher.”

Hines goes on to confirm that Lost Signals will make use of the same gameplay mechanics we saw in the first game, such as a robust conversation system and the radio, which can be tuned to listen out for clues and other mysteries.

Oxenfree II: Lost Signals is set to be released for PlayStation, Switch, and PC in 2022.