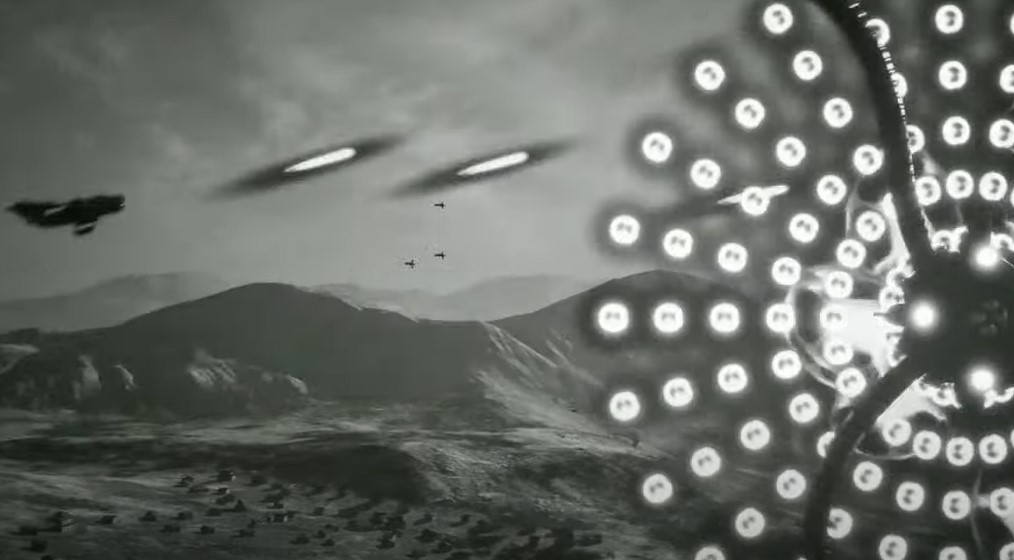 Earlier today during the Awesome Indies Show another look at gameplay for the black and white 2D sci-fi shooter known as Squadron 51 was shown off. This game is the first project to come from developers Loomiarts.

The entire style of the trailer was like something out of an American 1950s sci-fi movie about an alien invasion. The gameplay will likely get compared to that of Cuphead, because of the old-timey feeling.

But the black and white aesthetic combined with FMV art style combined with the fully live-action cutscenes in Squadron 51 is something completely different.

It was revealed by the narrator of the trailer that a playable prologue for the game will be available “soon” but no specific date was mentioned. It was also mentioned that this prologue will contain three levels to try out for free.

No release dates were mentioned during the trailer, but the Squadron 51 Steam page indicates the release window is still set for 2022. There is also a demo for the game available on Steam, but it appears that this has nothing to do with the prologue that was announced in today’s trailer.

If you want to check out all of the other amazing indie games shown off at the Awesome Indies Show, then just take a look at the full stream down below. You can read even more about Squadron 51 by heading to the game’s official website.