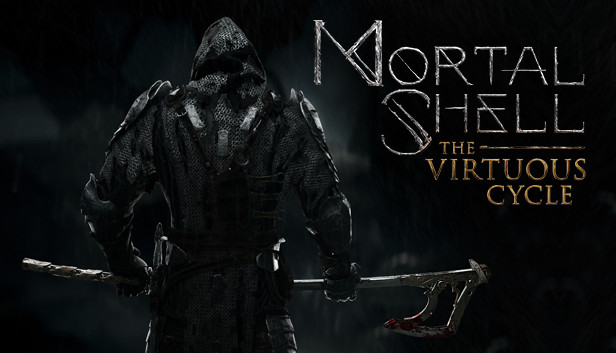 Fans of Mortal Shell have a treat in store next week as publisher Playstack has announced that the game’s anticipated upcoming DLC, The Virtuous Cycle, will be free for players to download over the course of its first five days.

“Since we launched Mortal Shell back in August 2020 we have been thinking about how to give our fans something truly special that demonstrates our sincere appreciation for their support.

The Virtuous Cycle Expansion has been packed with content that fans of the genre will love, and provides a new unique way to experience the rich Mortal Shell universe. We can’t wait to see how new and old players will tackle our new roguelike mode when venturing into the depths of Fallgrim”.

If you’re not up to speed with The Virtuous Cycle, here’s the official synopsis:

The Virtuous Cycle reinvents your journey through Fallgrim and beyond as adversaries cycle and shuffle upon each death. Demanding and brutal as ever, now you can never be sure what lies ahead. The new expansion also grants players command over Hadern, once your elusive teacher, now yours to master as Mortal Shell’s fifth possessable Shell. Also available in the DLC is the Axatana, Fallgrim’s most venerable weapon. In your hands the Axatana bends to your will, assembling itself into a supreme heavy axe when the moment calls, and detaching into lightning-fast dual katanas when you desire. Unique movesets for both stances are yours to unlock.

A new trailer for the DLC was included in today’s announcement:

Mortal Shell is a Souls-like action-RPG with a unique ‘harden’ gameplay mechanic that allows players to turn to stone to avoid incoming enemy attacks. Twinfinite listed it as one of the best games to play for those looking for a Souls fix.

Mortal Shell is available to play on PlayStation, Xbox, and PC via Steam.