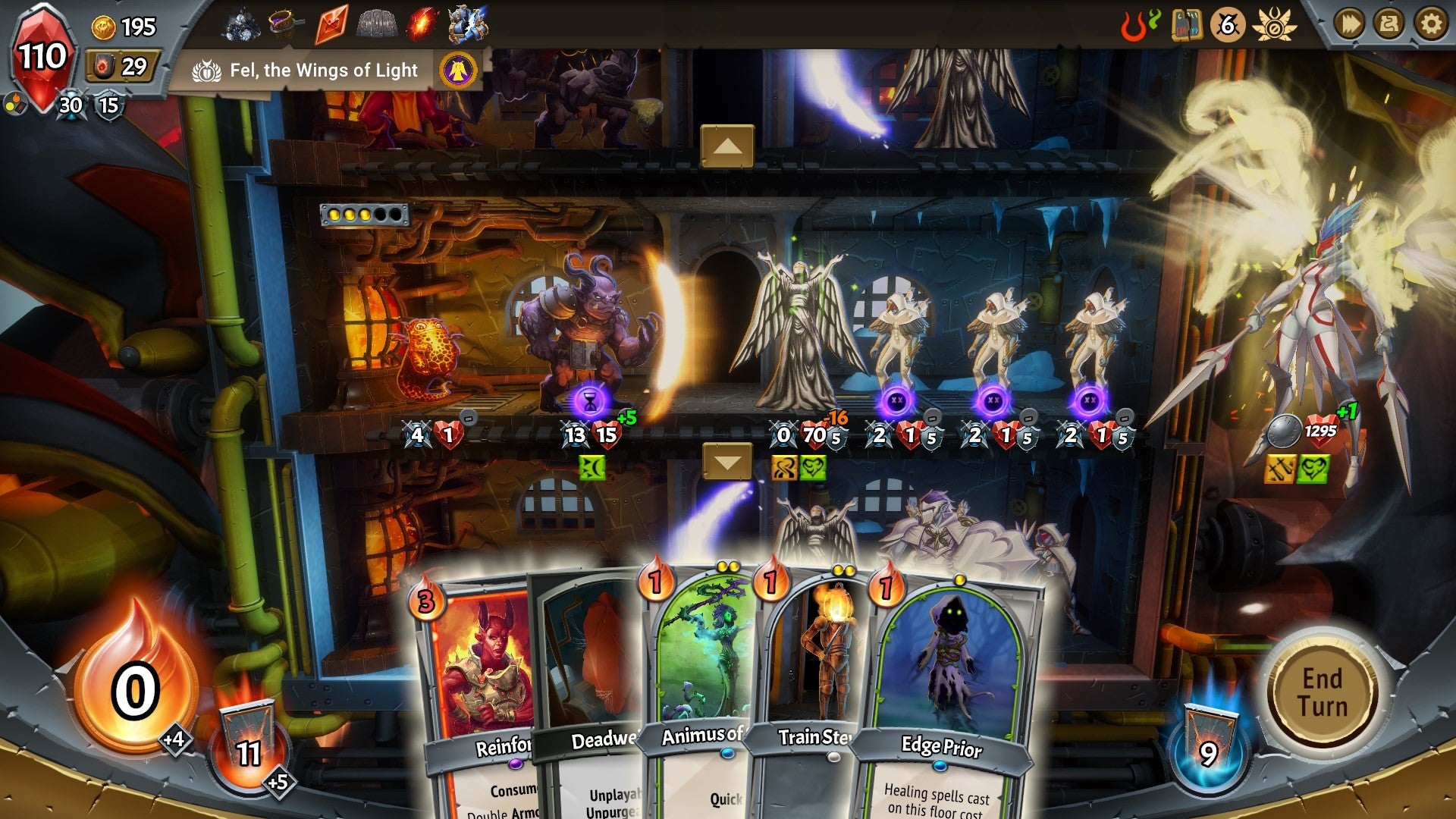 For fans of deck-building roguelike games, we may have some good news for you. Yes, San Francisco-based developer Shiny Shoe and Dutch publisher Good Shepherd Entertainment have announced that their critically acclaimed card-battler hit, Monster Train, will be releasing on Nintendo Switch on August 19.

Furthermore, the Switch version – dubbed Monster Train First Class – will not only come toting the full base game, but it’ll also include The Last Divinity DLC pack, some bonus cards, and a bunch of new units and gameplay features that’ve been added via updates post launch. In other words, Switch owners will be treated to the newest version of the game plus the DLC, too.

Coinciding with the official release date confirmation is a brand new Switch-specific trailer, which you can go ahead and check out down below:

Originally released last year on PC, the acclaimed Slay The Spire-esque strategy title received excellent reviews from critics and was praised for its deep and addictive multi-leveled gameplay loop.

Those interested in picking up Monster Train First Class can go ahead and pre-order it for $29.99/£29.99 here.

For more information, feel free to peruse the game’s features courtesy of its latest press release:

Roguelike Card Strategy with a Twist: Put your tactical skills to the ultimate test and experience a fresh take on deck-building with not one, but three battlegrounds to defend at the same time.

Choose Your Challenge: Monster Train First Class delivers 25 difficulty levels to overcome! Take on new daily challenges with hugely modified gameplay mutators and compete on the global leaderboards, then design your own unique challenges and share them with friends!

Endless Replayability: No run is ever the same! Unlock new items, choose different routes and decks, and face ever-changing enemies and bosses, with even more content included with “The Last Divinity” DLC.

Build & Master Unique Decks: Construct your decks from hundreds of upgradeable cards and a variety of monster clans with multiple levels to unlock.

Cross-Play Online Multiplayer: Hell Rush mode gives up to eight players (with cross-play between PC, Xbox and Switch) a frantic real-time competitive multiplayer battle of skills. You can also invite your friends on any platform to play custom cross-play matches with you.