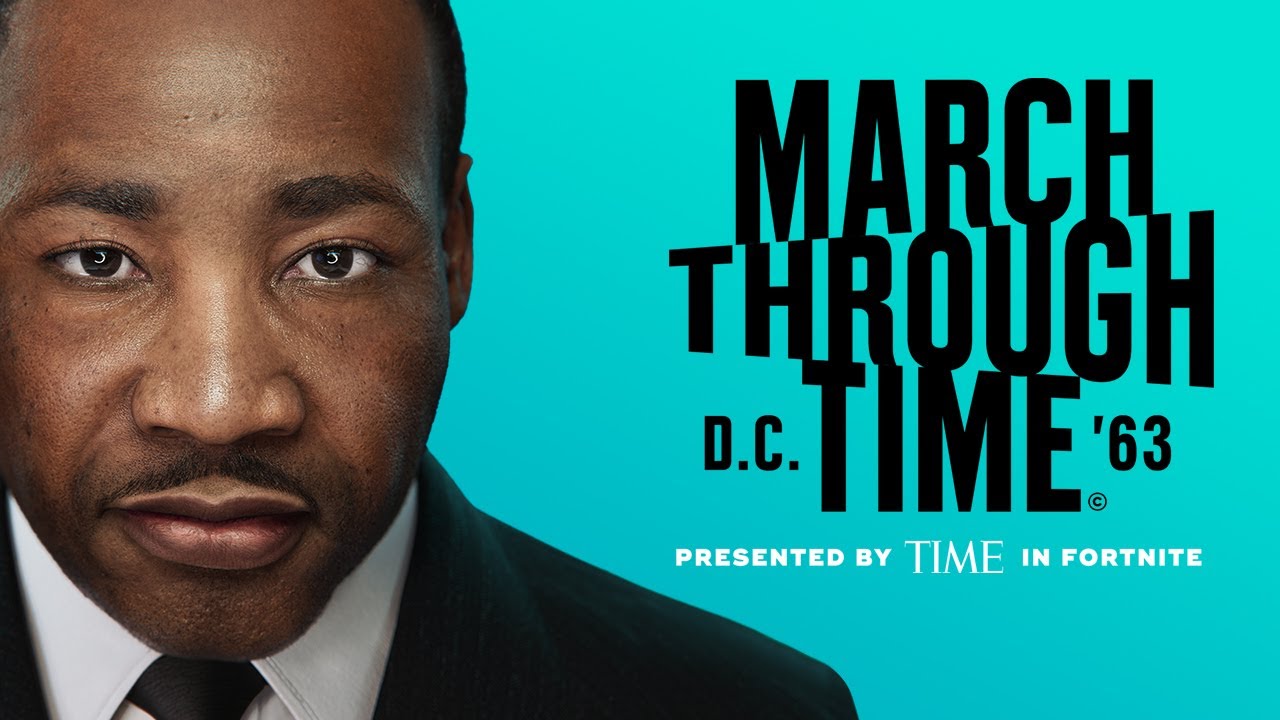 Epic Games has announced a Martin Luther King experience for Fortnite, which players can check out now by loading up the Battle Royale title.

The news comes via a post over on the official Fortnite website, accompanied by a trailer (included below). To be clear, Martin Luther King Jr. will not feature in the Battle Royale section of Fortnite, but instead in a new interactive experience presented by TIME Studios.

“Developed by members of the community in Fortnite Creative, March Through Time immerses players in the entirety of Dr. King’s monumental “I Have a Dream” speech and the history surrounding it,” the blog post reads.

March Through Time will take players back to D.C. 63, a reimagined Washington D.C. built by community members, ChaseJackman, GQuanoe, XWDFr, and YU7A. Here, players will be able to travel to the Lincoln Memorial and United States National Mall, where Dr. King read his iconic 17-minute “I Have a Dream” speech.

Alongside being able to listen to Dr. King’s speech, players will also be able to take in points of interest and complete a mini-game quest with other players that will highlight important themes of MLK’s speech. Completing the quest will earn players the D.C. 63 spray.

The commemorative event has been met with a mixed response from the community. While some players appreciate that Epic Games is trying to shine a light one an incredibly significant, historical moment, others question whether Martin Luther King’s appearance in a game largely known for its Battle Royale mode is a good fit.

Will you be checking out Fortnite’s March Through Time experience? Let us know down in the comments below.