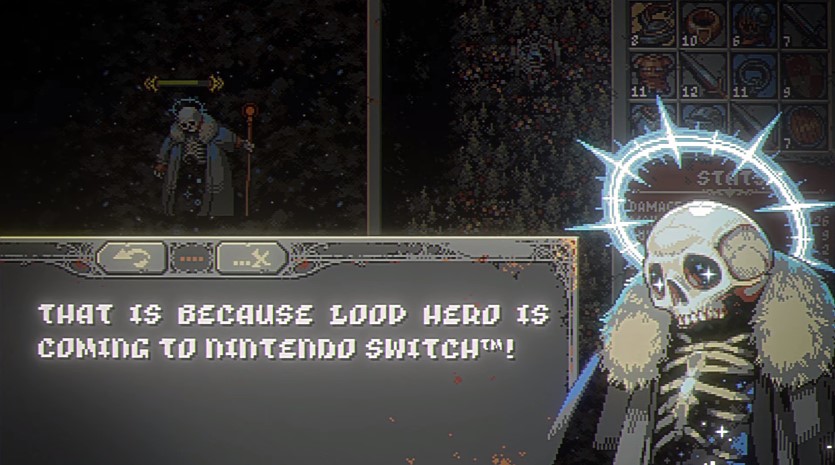 Earlier today during Nintendo’s Indie World Showcase, it was announced that Loop Hero will be coming to Nintendo Switch later this year. Loop Hero is a roguelike card strategy game that focuses more on improving your ability to change the game world as opposed to slowly upgrading your hero.

The trailer features a custom animation that fairly accurately conveys exactly what the game looks like. However, it’s one of those games that plays much better than it shows in a trailer.

In the trailer, we see a handful of the basic actions of the game like battling enemies, playing cards to modify the game world, and even a short battle against the Lich boss.

There is currently no set release date for the Switch version of Loop Hero, but it was confirmed that the game will come out later this year. As of right now, no other supported platforms for this game have been announced. If you want to learn more about Loop Hero, just check out our review right here.

You can check out the official announcement trailer for Loop Hero on Nintendo Switch down below.

And if just one trailer isn’t enough indie news for you, then don’t forget to check out the full Indie World Showcase down below.