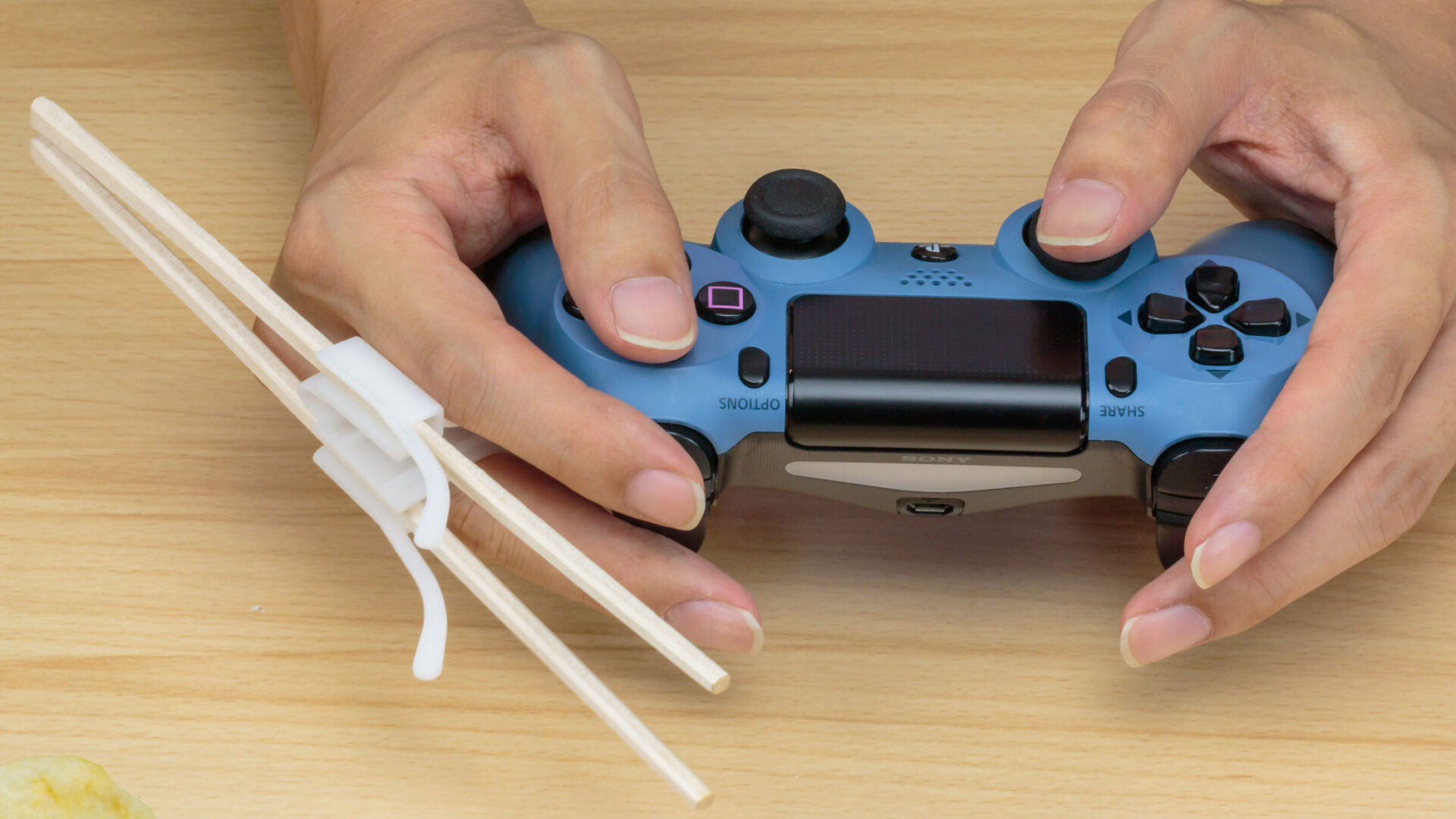 Japan is famous for many things including its rich culture, video games, anime, delicious food, and gadgets.

Another relevant Japanese tradition is cleanliness, and that’s why many in the country often use traditional chopsticks when they eat snacks like potato chips, popcorn, or similar foodstuff.

This is actually very common while gaming, as it helps people keep the oil and crumbs away from their controllers.

According to the company’s advertisement, the gadget can be held between your fingers while you game both on consoles and smartphones, and doesn’t get in your way.

It’s made in acrylic resin and it’s very light, weighing only 6 grams. It’s designed to let you attach chopsticks to it, including the common disposable ones, so you can pick up your chips while grinding on your favorite JRPG and keep your fingers and controller clean at the same time.

The Gaming Chopsticks Holder is already available in Japan and it costs 1,210 yen including taxes, which translates to approximately $11.

Below you can check out a few promotional images, directly from the press release.

Incidentally, I use chopsticks all the time when snacking and gaming at the same time. While I can’t vouch for this product in particular, chopsticks are indeed great for the purpose.