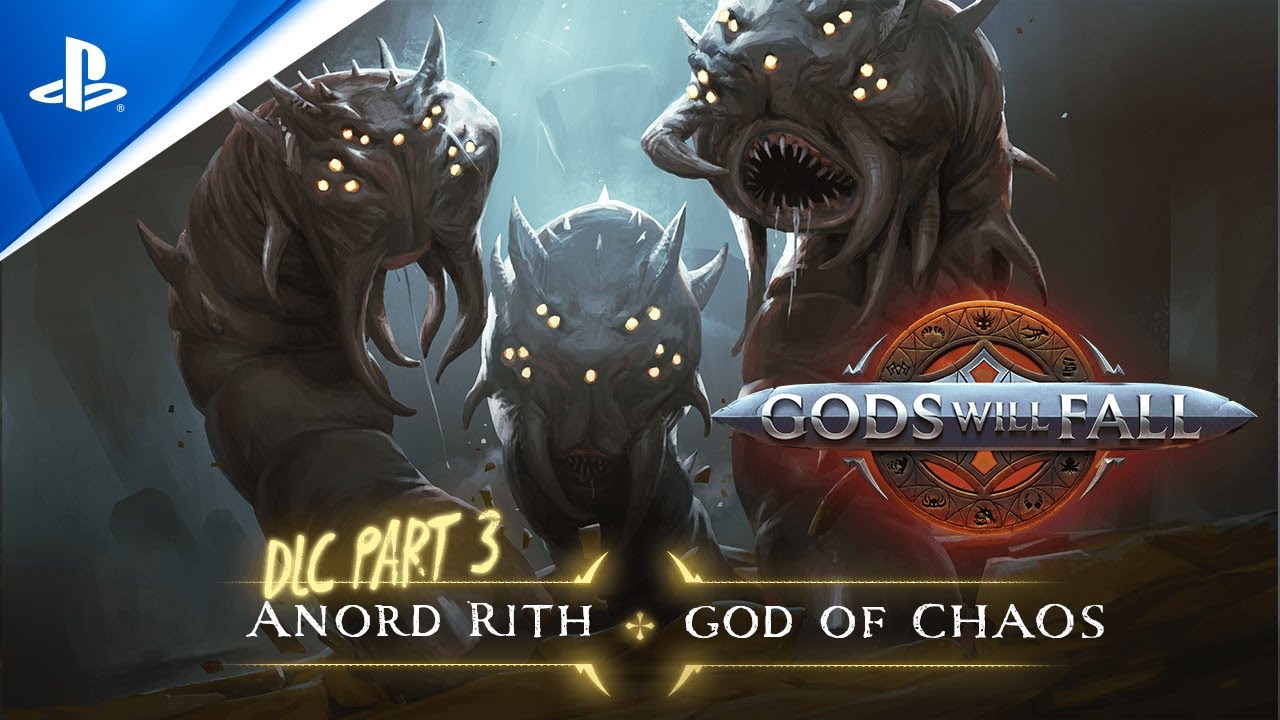 Clever Beans has just revealed the brand new trailer for their third and final challenge for Valley of the Dormant Gods DLC in Gods Will Fall.

In this DLC, Anord Rith, the greatworm God of Chaos, arrives. This ancient beast is made up of three monstrous greatworm, bringing multi-pronged attacks and plenty of unpredictability to the battle in Gods Will Fall. Alongside the new enemy and realm, the third update adds three new items and three new skills.

For anyone who has never played Gods Will Fall, here is an official description of the game, taken from the PlayStation store.

You Are The Last Hope For Humanity
The gods’ torturous rule over humanity has lasted for millennia. Bent on cruelty and suffering, they demand to be served with blind worship through an oath of fealty pledged from every man, woman and child. To those who don’t submit to the gods’ will; a slow and merciless death awaits.

Experience the brutal trials of a venturous band of warriors in their desperate plight to sever the gods’ callous grip on humanity. Every man and woman who can muster a blade, having suffered the brutality of the gods’ reign for too long, will be called upon to form your clan of 8 Celtic survivors and rise up to take on the legions of horrific beasts and minions that dwell in each of the gods’ hellish realms.

A personal tale emerges with every decision made. Succeed and see legends born. Fail, and watch lives turn to dust.

If that doesn’t sell you, be sure to check out our official review of the game as well. In it, we mention how, “despite its faults, it had a lot of potential thanks to a distinct premise.” Gods Will Fall: Valley of the Dormant Gods is available now on Nintendo Switch, PC, Google Stadia, Xbox Series X|S, Xbox One, PS4.