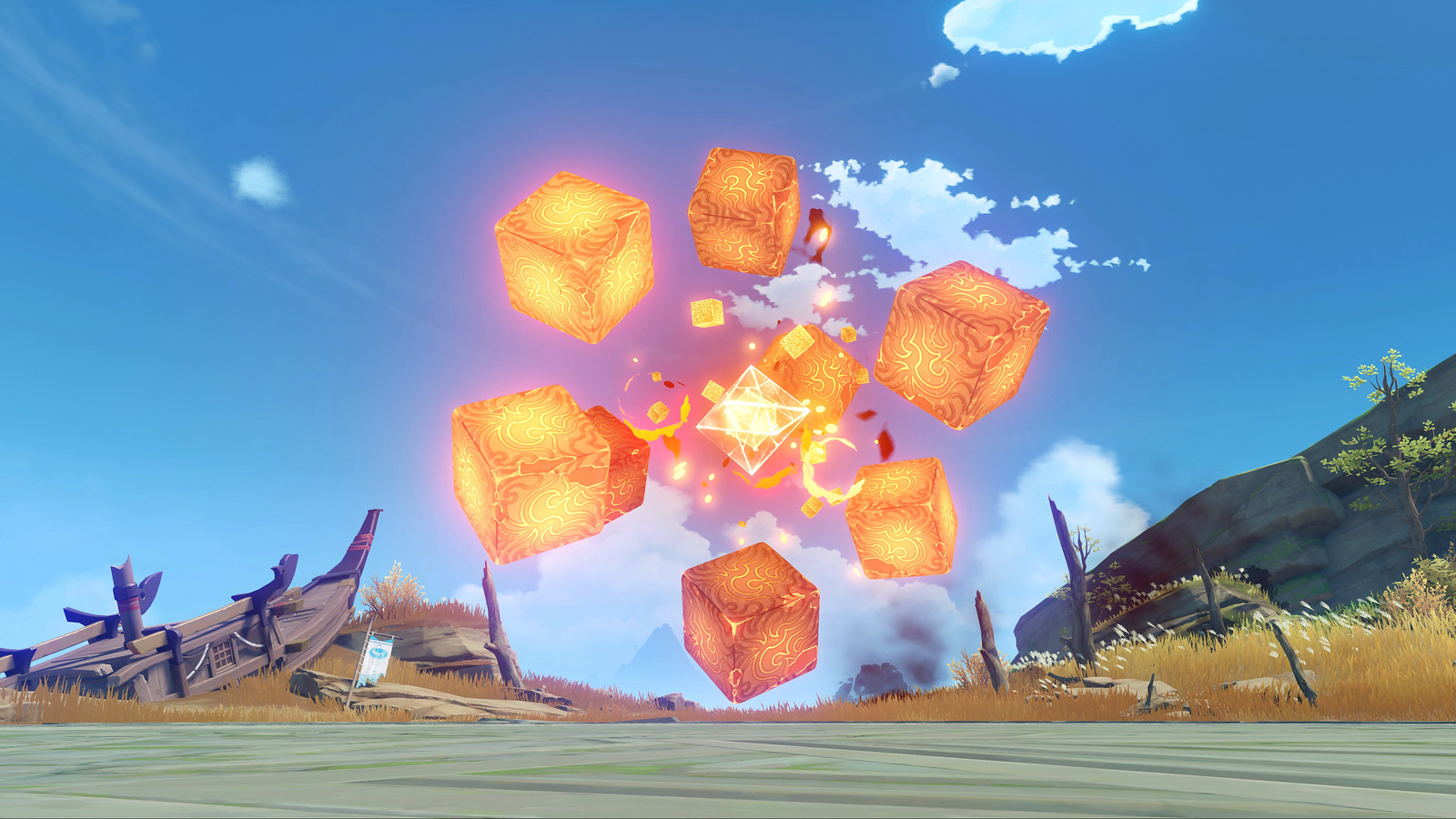 Where to Find the Pyro Hypostasis

The Pyro Hypostasis is a world boss that can be found on the second main island in Inazuma. However, you won’t be able to reach it until you’ve progressed far enough in the Inazuma Archon Quest. It’s northwest of the Kujou Encampment, at this location:

How to Beat the Pyro Hypostasis

This Hypostasis is similar to the ones that you’ve already fought in Mondstadt and Liyue. For this fight, Hydro is your best bet. The Pyro Hypostasis has a flame shield, so Childe, Mona, Xinqiu, or Barbara are useful here. You should also bring a ranged, non-Pyro damage-dealer like Ganyu or Fischl.

While the flame shield is active, Hydro attacks will trigger a Vaporize reaction, which increases the damage of the element that triggers the reaction. That’s what you should be aiming for here.

It regularly turns into different objects to attack you, exactly like the others. This one will turn into a flaming ball and roll into you, as well as a giant hand that slams down and creates waves of fire. When it does either of these moves, run directly away from it.

It will also transform into different animals like a charging bull, swirling butterflies, and a snake that spits fire. All of these attacks can be avoided by running left or right.

Once you’ve destroyed its flame shield, the core will be exposed and the Pyro Hypostasis will start using several new attacks. It’ll summon pillars from the ground at telegraphed locations, shoot projectiles from afar, and recharge its shield by using three Tinders that surround it.

Tinders are pieces of the Hypostasis that look like its core, and you’ll need to destroy them by using elemental reactions, much like when fighting the Electro Hypostasis. This is where the ranged character comes into play, as they’ll be able to take out the Tinders quickly without having to run to each one.

This cycle will continue until the boss is defeated. As long as you make sure not to let the boss regain its shield, this fight shouldn’t be too difficult.

That’s everything you need to know about how to beat the Pyro Hypostasis in Genshin Impact. Check out our guide wiki for more tips, tricks, and other goss guides for the game.