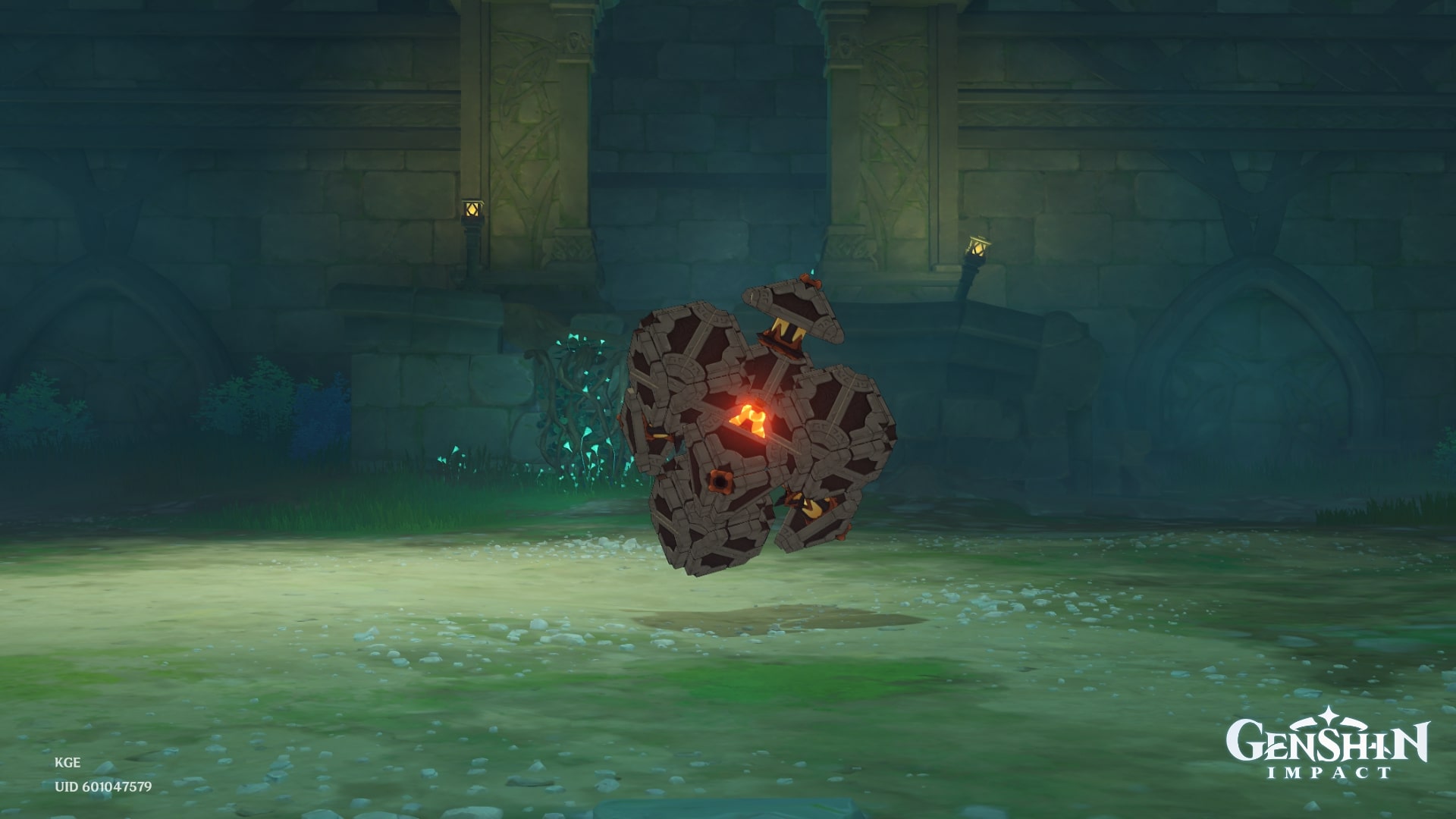 How to Beat the Perpetual Mechanical Array in Genshin Impact

Where to Find the Boss

First off, this boss appears to be underwater when you look at its location on the map, but that isn’t exactly the case. You can’t swim out there and dive to find it. Instead, head over to the location on the map below and use the new marine vehicle to sail north, to the southern tip of Jinren Island.

Once you get to Jinren Island, look for an Electrogranum plant on the smaller of the two islands. It’ll be a bit to your right, on the middle of an island with almost nothing else on it. Summon the Electrogranum and press L1 + Circle multiple times to fly straight up in the air into a portal.

The portal will take you to the room where the Perpetual Mechanical Array is waiting to be fought.

How to Beat the Boss

The Perpetual Mechanical Array looks like the Hypostasis Cubes found in Liyue and Mondstadt, but it behaves a bit differently. Things can get a bit crazy because this boss can attack from different angles at once.

Ranged characters like Ganyu, Klee, and Ningguang can do serious damage while staying relatively safe. Close-range main DPS characters like Hu Tao, Ayaka, Razor, Beidou, Diluc, Keqing, and Eula are also viable as long as you have good healers like Bennett, Jean, Qiqi, or Barbara to support them.

Basically, as long as you have a balanced team in terms of roles, you should be fine.

It’ll come at you with a few familiar attacks, like turning its entire body into a giant weapon or slamming its body down on top of you. These moves are easy to dodge because of how telegraphed they are, though. The trickier parts of the fight come when the boss splits into different pieces while encasing its core in an impenetrable shield. When this happens, attack the part of its body that has a health bar over it.

The split parts will attack with lasers and projectile attacks that can get a bit chaotic, but you can also attack the cores of the individual parts to paralyze them and slow things down

Once you empty the health bar over the part that has one, the core in the middle of the room will be exposed and vulerable. This process repeats until the end of the fight.

It’s also important to note that, unlike the Hypostasis cubes, this boss isn’t immune to any kind of elemental attacks, so elemental combos and reactions work wonders. It also doesn’t heal at low health like the others, so keep up the pressure while sprinting a bit to dodge and it’ll be destroyed in no time.

That’s everything you need to know about how to beat the Perpetual Mechanical Array in Genshin Impact. Be sure to check out our guide wiki for the game for more tips and tricks.