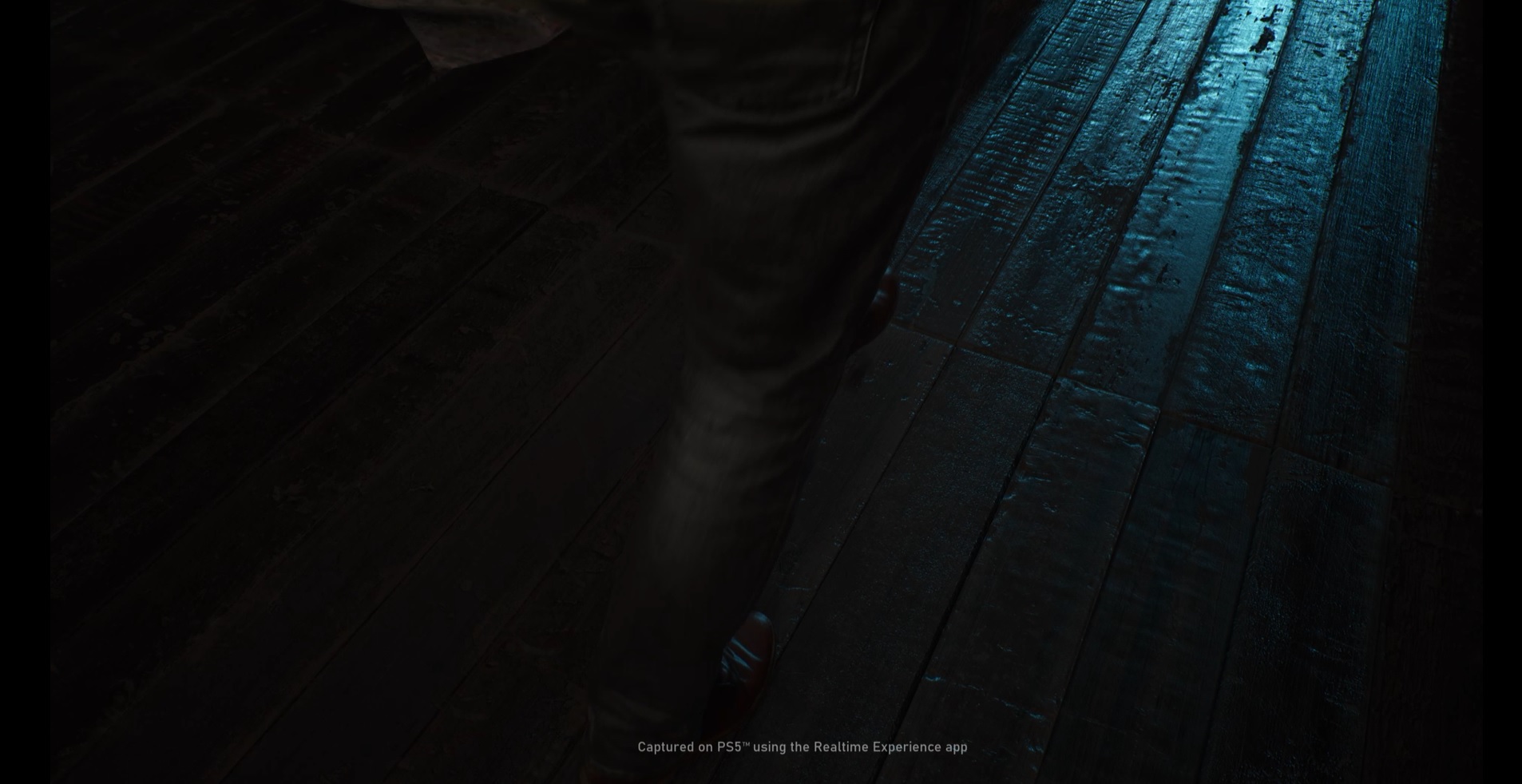 Earlier today the world thought it was going to get its very first glimpse at the highly-anticipated (and mysterious) game from Blue Box Game Studios, Abandoned. If you’ve already seen this Tweet from the Blue Box Twitter account, then you’ve already seen most of the content from the trailer that was released today in the PS5 real-time Abandoned trailer app.

The bulk of the in-game footage in the trailer that was released today just showed an unknown character from the game walking across a wood floor in a very poorly lit room. The camera is fixed and it never shows above the character’s waist as they slowly walk towards the only source of light in the room.

This only lasts four seconds until the trailer cuts to black. Then two text slides appear on the screen next. One announces that a trailer is coming soon and the other reveals that a playable prologue is in the works. Much to the dismay of the internet, there is no mention of Kojima or any of his associated works.

Additionally, there was no indication of when the next trailer will launch or when the playable prologue will be accessible to the public. But looking at the main menu for this real-time experience app, there are three open spots for trailers and two open spots for playable demos.

And just judging by the fact that the next trailer is titled “cinematic reveal trailer” there is likely to be more than four seconds of a person walking away from a camera.

As of right now, it still seems as if the projected release window for Abandoned is Q4 2021. There has been no indication from Blue Box Game Studios that this PS5 exclusive title will be delayed. And we’ll keep our eyes on the Abandoned Real-Time Experience app to get all of the details about the cinematic reveal trailer when it goes live.