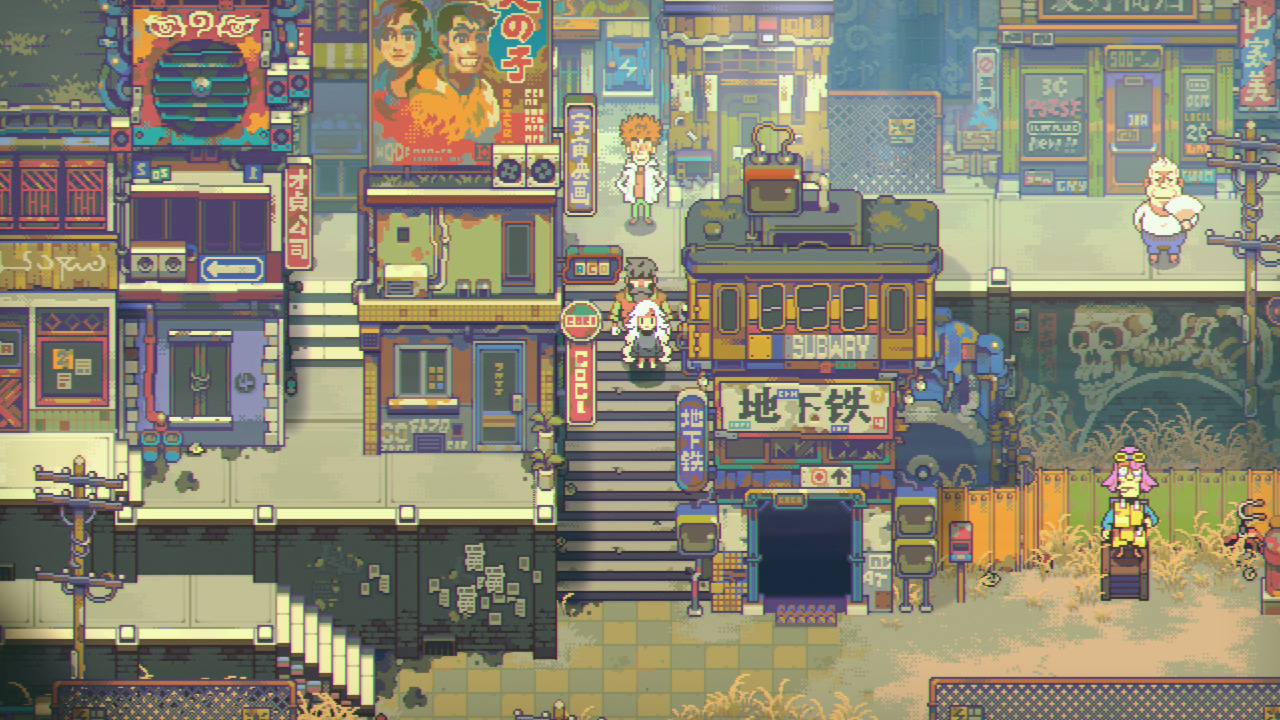 During Nintendos Indie World Showcase, UK publisher Chucklefish surprised viewers with a new trailer for Pixpil’s upcoming 2D-pixelated adventure Eastward. The trailer sheds light on their official release date along with some gameplay and cutscenes to an upbeat music track. Eastward ends the trailer announcing its launch for the Switch on Sept.16.

Eastward has been in development for the last few years while Chucklefish has released hit indies games such as Stardew Valley and Wargroove. This, however, marks Shang-hai-based studio Pixpil’s first officially released game.

Eastward is an adventure game with RPG features that takes the two main characters, John and Sam, through a sprawling world full of memorable characters and decaying cities. Players must solve puzzles and challenges with dungeon-like elements to make their way through the world.

Already entrancing followers with its charming pixelated art style and apocalyptic atmosphere, Eastward has been highly anticipated by Indie enthusiasts. If you are unfamiliar with the game, Chucklefish provides an official description along with the announcement trailer:

In the near-future, society is starting to collapse, and the human population is at an all-time low. A deadly toxic presence has spread across the land, destroying and devouring everything in its path.

Escape a subterranean society and join Eastward’s unlikely duo on an exciting adventure to the land above! Discover beautiful yet bizarre settlements and make new friends as you travel across the world by rail.

Chucklefish released a post on their official Twitter account that pre-orders will be available on the Nintendo eShop later in the day. Besides the Nintendo Switch, Eastward will be releasing the same day for gog.com, the Humble Store, and Steam, and preorders are currently available on Steam.