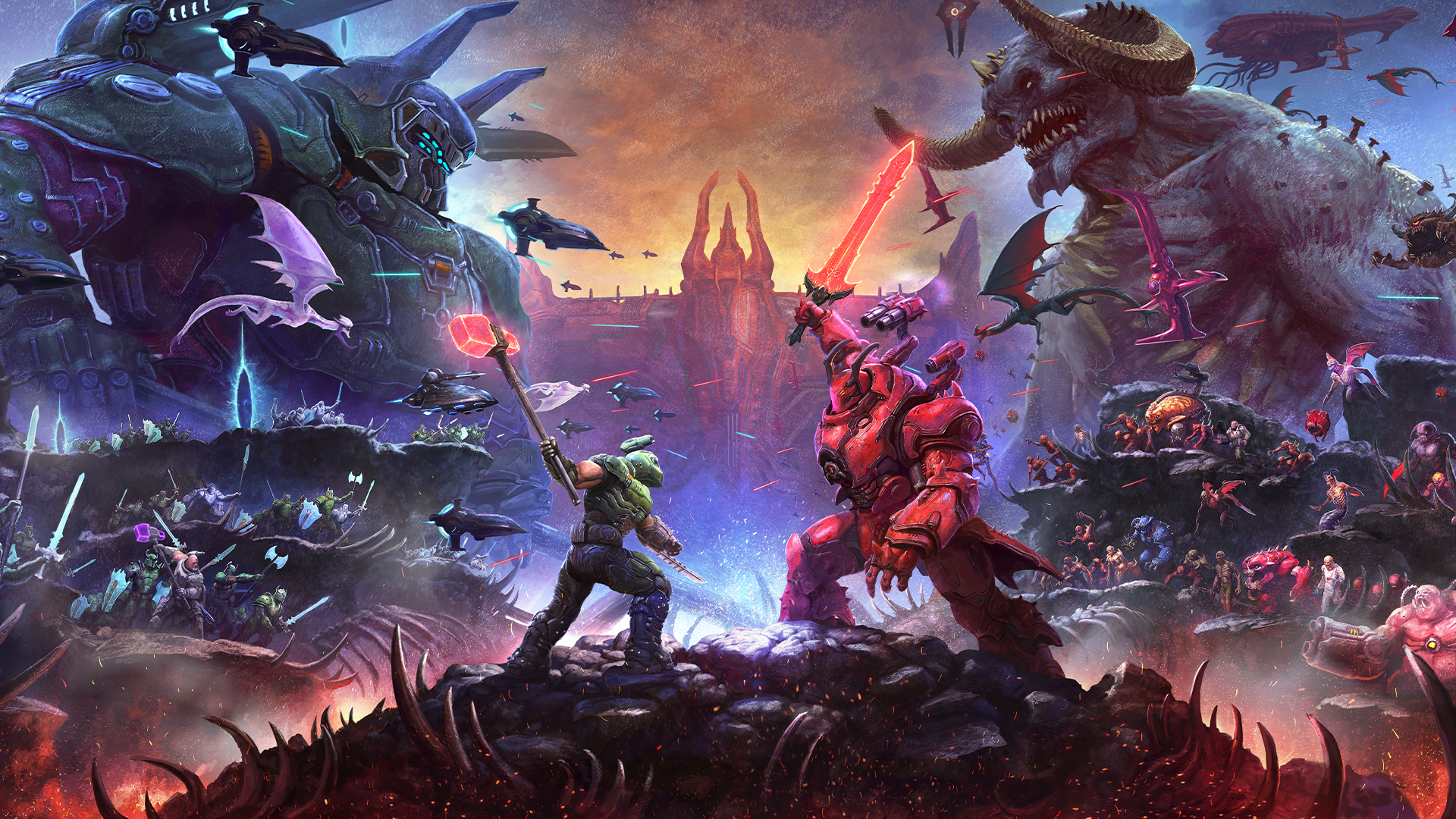 During a panel at Quakecon, Bethesda announced the release date for Nintendo Switch of Doom Eternal: The Ancient Gods Part 2.

You can take a look at the trailer below.

Doom Eternal is currently available for PC, PS4, PS5, Xbox Series X|S, Xbox One, and Nintendo Switch. If you’re unfamiliar with the game, you can read our review and read an official description below.

Hell’s armies have invaded Earth. Become the Slayer in an epic single-player campaign to conquer demons across dimensions and stop the final destruction of humanity.

The Only Thing they Fear… Is You.
Experience the ultimate combination of speed and power in DOOM Eternal – the next leap in push-forward, first-person combat.

Unholy Trinity
Take what you need from your enemies: Glory kill for extra health, incinerate for armor, and chainsaw demons to stock up on ammo to become the ultimate demon-slayer.

Enter Battlemode
A new 2 versus 1 multiplayer experience. A fully-armed DOOM Slayer faces off against two player-controlled demons, fighting it out in a best-of-five round match of intense first-person combat.