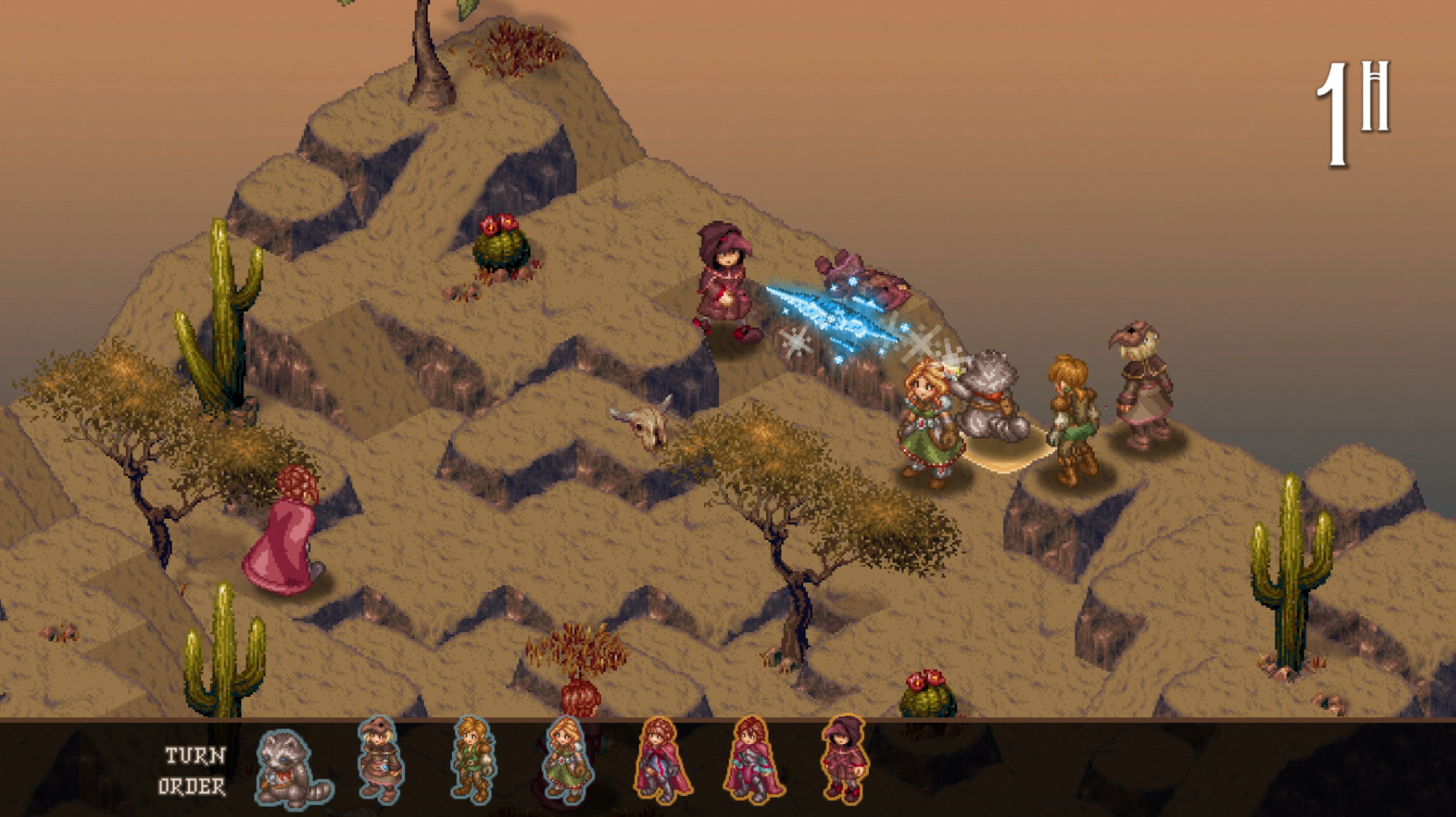 Arcadian Atlas the kickstarted tactical-RPG game inspired by 90s classics such as Tactics Orge, Fire Emblem, and Final Fantasy Tactics received a new trailer today at Gamescom 2021 showing off more of what to expect. It also confirmed a release window of 2022; still vague but better than nothing.

What should stand out from the trailer to 90s TRPG fans is the aesthetics, the story centered around political drama, and of course the varied character classes. A blonde woman murders a soldier of some kind, leaving him in a bloody pool of water as she demands another character to “shuffle the atlas,” likely an important item key to the story.

There are a total of twelve+ classes planned and eight were shown off during the trailer: Apothecary, Warmancer, Cavalier, Ranger, Druid, Sorcerer, Reaver, and Ronin. In addition, the trailer touts over 150 skills that will be obtainable between all of the classes, hopefully allowing for some deep strategy and troop customization.

The Kickstarter has a wealth of interesting information about the game in case it’s your first time hearing of Arcadian Atlas.

Even better, a demo was recently released as well in case you just want to get a hands-on feel. You can download that demo from the game’s official Steam page. Arcadian Atlas is currently planned for release on Steam sometime in 2022.